nutpods Rides the eCommerce Wave, Leads to Retail Demand
SEATTLE, Wash., March 2, 2016 –
In just nine short months, dairy-free creamer brand nutpods has become the highest rated creamer on Amazon and been accepted into 240 select retailers on the west coast. In late 2013 it emerged as a challenger brand to the large companies that dominate the category following its successful Kickstarter campaign online, gaining initial awareness not on store shelves, but instead on Amazon pages and social media feeds. Now, that web presence has driven consumers across the country to request nutpods at their local retailers as well.
Fortune magazine recently reported about this trend and indicated that the most growth in CPG online is on Amazon’s Subscribe & Save program. nutpods Founder and CEO Madeline Haydon says her company has seen the same type of growth. “Our current repurchase rate, on Subscribe & Save or otherwise, is around 34% which is much higher than the industry average. We believe that our superior taste, ease of purchase and returns, and great customer service encourage our fans to keep buying.”
Although the online and retail channels would seem to be separate, CEO Haydon has found that is not the case. “Our online presence has allowed us to establish the concentrated areas of demand around the country so we can focus on those regions for retail saturation. Also, our customers who are currently purchasing us on Amazon or our own website are asking for our products at their local groceries as well, which has created a wonderful push and pull scenario for us.” nutpods comes in three flavors, Original, French Vanilla, and Hazelnut, and is offered in 4- or 12-packs online. The company believes that fans want their regular flavor always on hand but want to try the others in smaller quantities, which is spurring interest at the retail level.
At retail, nutpods is available in Seattle-area Whole Foods Markets, as well as other natural and specialty grocers in Seattle, Portland, San Francisco, Los Angeles, and San Diego. “We have established a valuable relationship with our fans online that is very important to us. Our current and potential customers tell us where they want the product and we are especially getting a lot of interest in New York, Florida, and Texas. That kind of feedback would not have been possible if we weren’t online first.” The company is currently securing national distribution to meet the demand.
nutpods is the first unsweetened dairy-free creamer of its kind on the market, a position that has now been validated by other, larger companies coming out with similar products. nutpods is the only dairy-free creamer line with no sweetener in any of its products, allowing its customers to customize their perfect cup of coffee. “We’re not against sugar, but coffee is such a personal ritual that we wanted consumers to have a choice of if or how they want to sweeten it.” While met with initial resistance by industry advisors, this attribute has turned out to be nutpods biggest selling point. “People don’t want to be saddled with too much sugar just because producers think that ‘sugar sells’. We’ve found that people really do want the choice,” says Haydon.

About Green Grass Foods, Inc., producer of nutpods
Madeline Haydon launched nutpods, an award-winning dairy-free creamer company, in May 2015 in Seattle-area retailers and on Amazon.com. She has since secured over 240 retail accounts along the west coast, including Whole Foods Markets, and nutpods has become the highest reviewed dairy-free creamer on Amazon. Recently selected as the creamer of choice for Holistic Holiday at Sea (cited by National Geographic Traveler as “one of the 100 best worldwide vacations to enrich your life”) and named one of the innovative beverages of 2016 by the Specialty Food Association, nutpods has a passionate consumer following with a 30% repurchase rate. nutpods is backed by the following quality organizations: The Vegan Society, the Gluten Intolerance Group (Gluten-Free), Orthodox Union (Kosher), and the Non-GMO Project.
Learn more at http://www.nutpods.com. 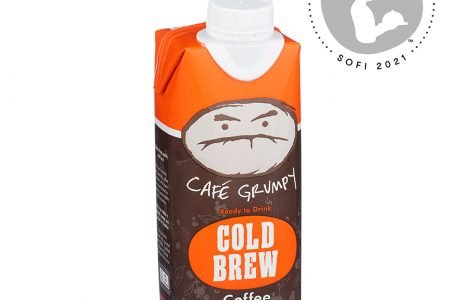