CHARLOTTE, N.C. — Concord-based S&D Coffee and Tea (S&D), the largest supplier of coffee to restaurants in America, is proud to announce that Johnson & Wales University (JWU) Charlotte junior Chainey Kuykendall took top honors in its highly competitive annual Culinary Challenge held March 15 at the school’s Charlotte campus. The student chef, a native of Mount Airy, North Carolina, wowed a distinguished panel of judges and a packed auditorium with her Carolinas-inspired dish titled “Cheerful Blend of Carolina,” coffee-marinated beef ribs with sweet potato and congee mixture, and walked away with the grand prize of $5,000.

Students submitted original recipes embracing the Carolinas Cookin’ theme and using S&D coffee and tea extracts, with ultimately 10 submissions making it through to the final round. The finalists were paired with some of Charlotte’s most notable chefs who mentored and helped them polish their culinary and presentation skills in preparation for the finale. The chef mentors were also competing for dollars – vying for a protégé win to receive a $5,000 donation to benefit the mentor’s charity of choice.

Kuykendall’s chef mentor Cody Suddreth, executive chef of The King’s Kitchen & Bakery, received the donation on behalf of his restaurant, a nonprofit serving southern-inspired cuisine with proceeds feeding the poor and operating an on-site job-training program.

“Participating in this competition alongside Chainey was an inspiration,” said Suddreth. “Her drive, commitment and attention to detail got her to where she needed to be. She’s extremely talented, creative, filled with a passion for cooking and will excel at any culinary path she chooses.”

John Buckner, vice president of marketing at S&D, was equally impressed by Kuykendall. ”Chainey’s unique approach to incorporating her Filipino background with her North Carolina upbringing was truly unique and memorable for everyone in that auditorium,” said Buckner. “The talent, creativity and eagerness of these up-and-coming chefs are something to celebrate. S&D’s honored, through our ongoing partnership with JWU, we’re able to engage the larger culinary community and provide real-life culinary experiences for the students so they can excel in the foodservice industry.”

For more information on the Culinary Challenge, please visit facebook.com/sndcoffee. 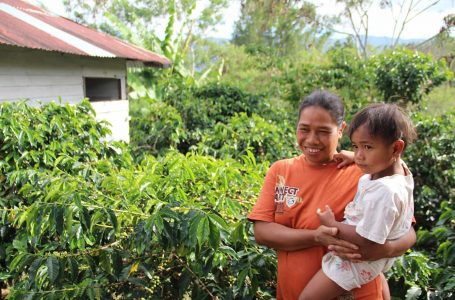 Is Jamaica the ultimate travel destination for...

JACRA Imposes Use Of 30% Local Coffee...