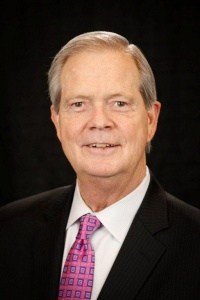 Today, NAMA’s Executive Vice President and Chief Operating Officer Dan Mathews officially announced his retirement, effective July 1, following 18 years of service. Dan’s experience at NAMA was the capstone of a 50-year career in the industry with leading corporations including Aramark and earlier, Chrysler.

“I’m looking forward to the next chapter of my life,” said Mathews. “With plans to travel and to continue to add value to businesses in our industry, I won’t say ‘good bye’ but rather ‘I’ll see you later’.”

“Since 1999, I’ve watched people and businesses grow, change, innovate, collaborate, expand and develop. The lessons I’ve learned along the way are countless; the relationships I’ve forged are priceless,” he continued.

“The positive impact Dan has had on the industry, among both member companies and the association and its staff, cannot be overstated. Dan’s legacy is wide-ranging, beginning with NAMA’s 16-year partnership with Michigan State University, highlighted by the endowment of professor Dr. Michael Kasavana as well as NAMA’s Executive Development Program. In the nutrition arena, he also was part of the team that developed ground-breaking nutrition programs, Balanced for Life, which evolved to become FitPick,” said Carla Balakgie, NAMA’s CEO.

“And that’s not all – Dan capably guided the association during the CEO transition five years ago and has been a trusted and essential member of NAMA’s leadership every day since. For his talent, quiet leadership, strong industry relationships and keen insights, we share our enduring thanks,” she continued.

Founded in 1936, NAMA is the association representing the $25 billion U.S. convenience services industry. With more than 1,000 member companies – including many of the world’s most recognized brands – NAMA provides advocacy, education and research for its membership.