The New Wave of Coffee to Single Serve 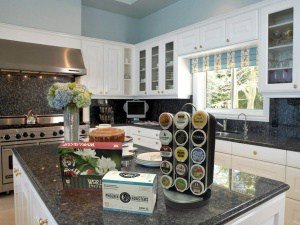 In the 1960’s, the bulk of coffee was produced and sold to the consumers in the form of Robusta coffee, and was the largest part of coffee consumption. By the late 60’s Arabica coffee became the top form of coffee, with coffee houses popping up across the northwest.

1971 is the year Starbucks opened its first store in Seattle’s Pike Place Market. Starbucks brought the concept of FRESHLY roasted Arabica coffee to Americans.  Specialty coffee was then born, and experienced years of explosive growth.

Over the following 30 years, the popularity of coffee shops expanded from the west coast to the east coast with roasters refining skills in developing quality coffee. The transition went from can coffee sitting on the shelf to consumers demanding better. With a new generation and the invention of the internet, extensive knowledge of coffee began to grow in particular regions. In this time period of economic growth, two income families demanded greater needs and therefore had to work longer hours. This fueled a fast-paced culture, and the need to eat and drink morning meals on the go. During this 30 year transition into a fast-paced life style, the need for single cup emerged.

17 years ago, Edward Cai, the maker of the iFill Cup™ product line, helped SaraLee and Phillips to introduce the first single coffee (Senseo®) to American homes. At first this concept didn’t take hold, as consumers did not embrace the idea of a single serve filter pack. Shortly after, the system was introduced to the Netherlands and became very popular. The introduction of home K-Cup® by Keurig in 2004 changed the coffee industry into a fast-paced, convenient, “want it now” culture.  Single serve coffee has grown to over a $10 billion dollar industry from almost nothing in twelve years and is still growing 20% a year.

K-Cup® has won the hearts of Americans by its convenience, however many Americans have started looking for the single serve that contains freshly roasted coffee.  Keurig lacks the freshness factor, as well as showing manufacturing dates to its consumers. These cups are spending a lot of time on shelves.  With convenience comes opportunity for other roasters getting into single serve cups.  Grocery stores which once had over 20 blends of WB, now only have 20-30 feet of single serve options.  With such a vast selection, competitive pricing establishes movement before the freshness date.

Keurig’s popularity and the consumers’ demand for environmentally conscious products called for new options to combat landfill growth. Polypropylene became a consumer and manufacturer preference for that reason. It is 100% recyclable, does not absorb flavor and can be melted and transformed into other products.

In 2012 Edward Cai was working hard to create quality single serve that was not only convenient to consumers, but sustainable and environmentally conscious. Using Polypropylene allowed the cup to withstand higher temperatures, creating better coffee extraction and more flavor. In early 2014, the iFillCup™ was introduced at the International Housewares Show and SCAA with the concept of working directly with local artisan roasters. The design of iFillCup™ gave roasters the ability to pack fresh grounds within hours of roasting, producing quality coffee to their customer base. These cups meet the LEADS programs qualification; the cup, lid, and filter are all 100% recyclable.

With the introduction of iFillCup™ fresh-filled cups, there is a new market of consumers who want convenient quality coffee. No more need to have coffee produced over a year of production losing freshness. Over the years, freshness has taken a back seat to convenience, but it looks like the desire for quality AND convenience is back.

“Freshness” is the new wave of single serve coffee, and indications like “roasted and filled on this date” may appear in grocery stores sooner than we all expected.