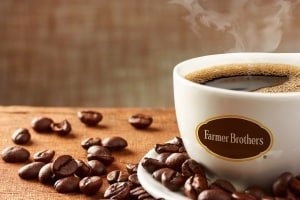 FORT WORTH, TX (April 20, 2017) — Farmer Bros. Co. (NASDAQ: FARM) (“Farmer Brothers” or the “Company”), a national coffee roaster, wholesaler and distributor of coffee, tea and culinary products, is celebrating the grand opening of its new headquarters and roasting facility in Northlake, Texas.

On Thursday, April 27, Farmer Brothers will host a ceremonial “first roast” at its newly constructed headquarters located at 1912 Farmer Brothers Drive in Northlake, Texas. Local community leaders will join CEO Mike Keown and company executives at the event; private tours of the headquarters and roasting plant will be conducted following the ceremony.

“We’re excited to begin the next chapter in our company’s growth from our beautiful new home in North Texas,” said Keown. “We anticipate bringing about 225 new jobs to the area, and we’re looking forward to becoming an integral part of Northlake and the surrounding North Texas region.”

Farmer Brothers’ new headquarters encompasses roughly 538,000 square feet. Just over half of that (315,866 sf, or more than five football fields) is devoted to the distribution center. Initially, the roasting plant will be able to roast approximately 24-28 million pounds of coffee annually, with the capacity for significant growth in the future.

In keeping with the company’s dedication to sustainability in all its operations, Farmer Brothers’ administration area is expected to be LEED® Silver Certified. As part of the qualifications for Silver certification, the water-efficient landscaping around the perimeter of the building helps reduce water usage, reflective paving and roofing materials combat the “heat island” effect and minimize the cooling load on the building, and low-emission LED lighting contributes to energy efficiency. Additionally, 10% recycled content was used in building construction.

About Farmer Bros. Co.Founded in 1912, Farmer Bros. Co. is a national coffee roaster, wholesaler and distributor of coffee, tea and culinary products. The Company’s product lines include organic, Direct Trade and sustainably-produced coffee. With a robust line of coffee, hot and iced teas, cappuccino mixes, spices, and baking/biscuit mixes, the Company delivers extensive beverage planning services and culinary products to its U.S. based customers. The Company serves a wide variety of customers, from small independent restaurants and foodservice operators to large institutional buyers like restaurant and convenience store chains, hotels, casinos, hospitals, and gourmet coffee houses, as well as grocery chains with private brand coffee and consumer-facing branded coffee and tea products.