Argo Tea is nixing cash at four of its cafes starting next week in a bid to simplify store operations, speed service and move more of its customers to mobile ordering.

The Chicago-based chain, which introduced its mobile app and mobile ordering in 2014, will roll out the cashless format in phases starting Monday at a store in New York and at four of its Chicago cafes, including stores in the Loop, the Merchandise Mart, the University of Illinois at Chicago. It plans to test it soon at three spots in O’Hare International Airport.

Privately held Argo, which sold a minority stake to Caribou Coffee and Peet’s Coffee & Tea owner JAB Holding Co. last year, hopes to expand the pilot to the remainder of its 49 cafes spread across eight states and the District of Columbia after the test is complete this summer, said Kari Ginal, the chain’s vice president of marketing.

“We know that we will disappoint some customers, and we want to do our best for them,” Ginal said. “But we hope this will be better for everyone. It will free up our managers to spend more time with customers, more time making drinks, getting people through lines faster and providing more customer service.”

Argo said cash transactions comprise between 10 percent and 25 percent of its total transactions, depending on the store. Ginal estimates store managers spend about two hours each day handling cash, including time spent counting cash, making bank deposits and preparing registers for the day. That’s time Argo executives would like them to spend interacting with customers and managing staff and other aspects of operations.

Ginal said Argo is modeling its test after the salad chain Sweetgreen, which opened its first restaurant in Chicago last year and does not accept cash at any of its locations.

To accomodate customers who may not carry credit cards or have mobile app-equipped smartphones, the chain is considering installing kiosks in stores where customers can load cash onto gift cards. Argo also is loading a $5 credit into accounts of customers who download the company’s app to encourage more mobile ordering.

In addition to making transactions easier for customers and store managers, mobile ordering also provides retailers and restaurants with a valuable trove of data on their customers, which allows for tailored direct advertising and promotion and in store planning.

“This is a way for us to get more efficient,” Ginal said. “It’s the next frontier of getting more customers to use the app, which is by far the best thing for everyone—for customers, for our employees and for the company.” 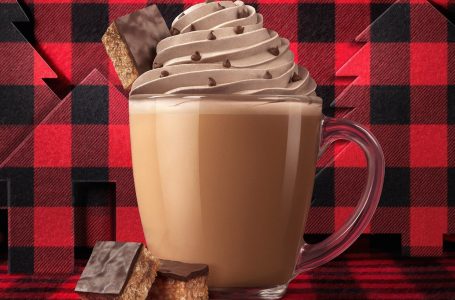