Tax reform is among the new administration’s top priorities. Generally, reducing the corporate tax rate would be good for business – including members of the coffee industry. But, the tax reform plan currently on the table in the House of Representatives predates the Inauguration, and is a complex amalgam of conflicting priorities.

Reflecting a protectionist thrust, the House tax reform proposal also includes a Border Adjustment Tax (BAT) on imports, that would effectively introduce a new 20% tax on imports. There are additional complexities – including the potential for lower corporate tax rates and taxes on exports, but the potential impact on coffee itself is clear. With more than 90% of coffee being imported from outside of the United States, a Border Adjustment Tax would impose a particularly hefty burden on the industry, at least some portion of which would be passed along to consumers.

That’s why it’s important for coffee to take a leading, proactive stand against the BAT. The coffee industry has among the purest arguments against such a tax. First, as a tropical commodity, the raw material on which the entire industry rides must be imported. That means a new, 20% tax on virtually everyone’s bottom line across the industry.

Second, the thrust behind the BAT is the protectionist goal of encouraging manufacturing in the U.S., in support of U.S. jobs. However, that argument does not hold up for coffee, as there are already hundreds of thousands of jobs in the U.S. dependent upon coffee.  Furthermore, unlike other manufactured goods, coffee is imported by necessity – not because it is “cheaper” to produce abroad. As a result, a BAT would not increase U.S. coffee-related jobs – and could in fact lead to a decrease in such jobs if Americans drink less coffee once it is taxed and becomes more expensive.

According to the NCA’s economic impact study – Understanding the Economic Impact of the U.S. Coffee Industry – coffee currently accounts for about 1.6% of the entire U.S. Gross Domestic Product annually. We’re responsible for total economic output of $225.2 billion, nearly 1.7 million jobs, and $68.5 billion in income. We also generate nearly $28 billion in federal, state and local tax receipts. And, consumers spend more than $74 billion a year, plus another $6 billion on ancillary goods like brewers, sweeteners, flavorings and paper goods.

Later this month, the NCA will be taking these arguments to Washington, D.C.  We’ll connect key NCA members with influential members of Congress in a two-day “fly-in” to Capitol Hill, with the goal of presenting a strategic, systematic and consistent message about the BAT and coffee.

Legal, regulatory and policy matters often seem far removed from the day-to-day challenges of running a business – but if neglected, they have the potential not only to harm your business, but also to present unintended consequences.  Look for further news later in May about the NCA fly-in and the latest developments on this issue, which are rapidly changing. 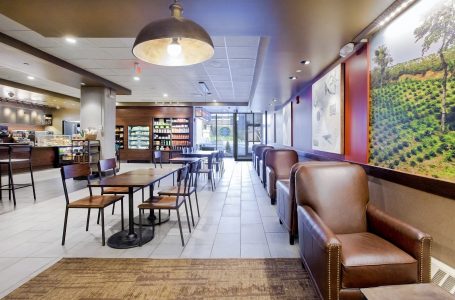