The top three U.S. Cup Tasters competitors for 2014 are:

During the U.S. Cup Tasters Championship, all 24 tasters received eight sets of three cups, or triangles, where two cups are identical and one is different. The competitor with the ability to taste, smell, concentrate, and recall, those with the most correct answers in the shortest amount of time wins.

Recognizing that different taste preferences are found in coffee cultures around the world, the U.S. Cup Tasters Championship did not ask contestants to judge or evaluate coffee. Instead, participants in the competition tested their skills to discriminate between tastes in a “triangulation” format. Tasters received eight sets of three-cups, or triangles, where two cups were identical and one was different. Competitors identified the one cup that was different, testing their ability to smell, taste, recall and concentrate on the task at hand against the clock. The competitor with the most correct answers in the shortest amount of time was named the champion.

Amanda Juris will represent the United States at the 2014 World Cup Tasters Championship held in Melbourne, Australia, May 15-18, 2014. The World Cup Tasters Championship is organized by World Coffee Events (WCE), the premier producer of events for the coffee community worldwide that engage the specialty coffee community and promote coffee excellence, WCE is founded by the Specialty Coffee Association of Europe (SCAE) and the Specialty Coffee Association of America (SCAA). For more information, visit www.worldcoffeeevents.org.

Since our founding in 1995, Counter Culture Coffee has represented a new way of bringing coffee to market: sourcing the greatest handmade coffees directly from farmers and cooperatives, and roasting so that we bring out their delicious and unique flavors. We want to share these great coffees as the fresh, seasonal fruits that they are. We only sell coffee at the peak of their flavor and freshness so our selection of coffees grows and changes as we find other coffees to share. Our seasonal selection of single-origin coffees, microlots, and handcrafted blends are, to us, the best expression of coffee’s diverse traditions and origins. www.counterculturecoffee.com

Understanding and responding to customer requirements has always been important to the Bunn-O-Matic Corporation (BUNN®). Founded upon five generations of family entrepreneurship, BUNN has become a global partner you can count on for profitable, reliable beverage equipment and outstanding post-purchase support wherever customers are served.

The Specialty Coffee Association of America (SCAA), is a non-profit trade organization and the world recognized leader in coffee knowledge development. With over 9,000 members located in more than 40 countries, including member companies and their employees, SCAA members represent every segment of the specialty coffee industry, including producers, roasters, importers/exporters, retailers, manufacturers, baristas and other industry professionals.  For over 30 years, the SCAA has been dedicated to creating a vibrant specialty coffee community, recognizing, developing and promoting specialty coffee by setting and maintaining quality standards for the industry; conducting research on coffee consumption, brewing and perfection of craft; and providing education, training, resources and business services for its members.  Visit www.scaa.org. 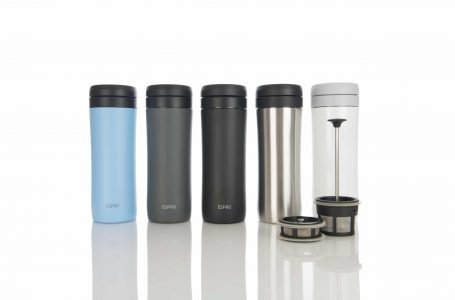