During the regular meeting of the Colombian Coffee Growers Federation (FNC) Board of Directors (BoD) that took place today in Bogota, Luis G. Muñoz, Chief Executive Officer, and the FNC BoD agreed to initiate the process of the election of a new CEO.

During this process, Luis F. Acero, FNC´s designated alternate CEO, will be responsible for all FNC matters. According to its by-laws, the new CEO is elected by the Colombian Coffee Growers Congress, composed of 90 individuals who are elected by the coffee growers’ popular vote from all Colombian growing regions.

The three candidates submitted to the Congress were previously agreed upon by the National Coffee Growers Committee. This body is composed of the 15 delegates from all the FNC´s Departmental Coffee grower Committees and the Colombian Government delegation, made up of the Minister of Finance, Agriculture, Foreign Trade and the head of the National Planning Department.

Mr. Muñoz was elected to be CEO of the FNC in August 2009 after his predecessor, Mr. Gabriel Silva, retired from this position. Amongst the many achievements Mr. Muñoz spearheaded during his tenure, the following were highlighted during the meeting:

• Colombia´s average productivity increased by 50%, reaching 15.3 60-kilo bags per hectare while at the same time overcoming the devastating coffee leaf rust fungus attacks. This led to the renovation of more than 3.3 billion coffee trees, reducing the average plantation age from 12 to 7 years.
• Mr. Muñoz´s focus on achieving a sustainable and climate smart coffee growing strategy allowed Colombia to achieve significant milestones. Nearly 200,000 farms are now following a certification or a verification protocol, generating additional premiums of more than $60 million dollars transferred to growers themselves. In other value added initiatives, the direction of Mr. Muñoz was also instrumental for the Juan Valdez Coffee shop strategy to reach 314 units in 15 countries, generating premiums to growers, profits to the grower- owned company, and brand royalties for more than 20 million dollars that benefit different FNC programs. Buencafé, another FNC value added initiative, produced 49,000 tons of freeze dried coffee sold in 60 countries during the last six years. Also, Café de Colombia origin protection and positioning strategy was also a key area for Muñoz, developing new campaigns to attract millennial consumers to the Colombian coffee segment and satisfying the needs of the most sophisticated members of the coffee industry.

• Under the leadership of Mr. Muñoz, the FNC also agreed upon a new sustainability vision around a new Grower approved strategic plan in 2014. By focusing on the key performance indicators derived from this vision, the FNC and Colombia have become the first coffee country of origin that has agreed upon a national sustainability strategy.

Each of the 15 members of the Board personally thanked Mr. Muñoz for his great achievements and for the work that benefitted their regions. After the meeting, Mr. Muñoz sent a letter to all coffee growing families, national coffee leaders and FNC employees thanking and congratulating them for their achievements and expressing his gratitude for the honor to represent them at national and international level.

About the Colombian Coffee Growers Federation (FNC)
The FNC is a not-for-profit organization founded in 1927 that represents over 500,000 coffee growing families. Considered one of the largest rural organizations in the world, its mission is to improve the well-being and the quality of life of Colombian coffee producers. Under its Sustainability that Matters® programs, the FNC has developed an integral sustainability policy focused on coffee growers that includes productive, social and environmental initiatives. It also develops scientific research, technology transfer and social and industrial processes, supporting Colombian coffee production and commercialization. For more information, please visit:
www.federaciondecafeteros.org – www.cafedecolombia.com 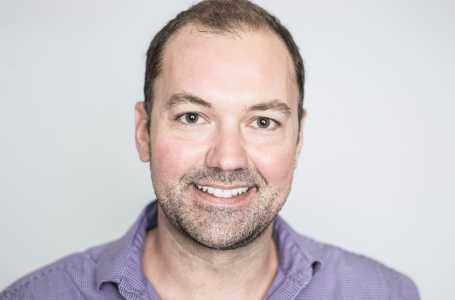