Consumption of green tea supplements leads to weight loss in women with polycystic ovary syndrome (PCOS), but it is still uncertain if supplementation provides a direct anti-inflammatory effect against the condition.
Researchers from the Ahvaz Jundishapur University of Medical Sciences in Iran discovered that while green tea did not cause much impact on inflammation biomarkers in PCOS women, those who took green tea supplementation during a trial period reported weight loss, and a reduction in waist circumference and body fat percentage.
“The present results suggest that daily consumption of green tea tablets did not cause any effect on inflammation biomarkers in PCOS women. However, it may be effective as a complementary treatment for weight control in these women,” they wrote in Phytotherapy Research.
Women suffering from PCOS usually experience chronic low-grade inflammation that could induce metabolic and cardiovascular complications. Other studies have revealed that a large proportion of women with PCOS are overweight or even obese.
“Inflammation associated with PCOS may be due to one or more metabolic disorders (such as obesity or insulin resistance) rather than an inherent result of the syndrome, when metabolic factors such as body mass index (BMI), fat distribution, and insulin sensitivity are controlled,” the study noted.
Previous research attested to green tea’s anti-inflammation effects against other diseases.
For the clinical trial, researchers gathered 45 women with PCOS, ages 18 to 55 years, with BMIs ranging from 20-35. They were divided into two groups.
The first group took four tablets of green tea (500mg each) daily, while group two took the same number of placebo tablets (corn starch). The supplementation lasted for 45 days.
Before the trial, body measurements were taken, and all participants’ dietary intake analysed. The women were instructed not to alter their usual dietary and physical activity patterns.

After 45 days, the women given green tea supplementation experienced reduction in body weight, BMI, waist-circumference (WC), and body fat percentage.
“The results of this study showed that green tea supplement caused reduction in weight, BMI, WC, and body fat percentage after the intervention period in the green tea group,” the study noted.
Meanwhile, the serum levels of interleukin 6 (IL-6), high-sensitivity C-reactive protein (hs-CRP), and tumour necrosis factor α (TNF- α) were measured before and after intervention period.
Except for the green tea group’s final IL-6 level result, the rest of the inflammation biomarkers showed no significant change before and after supplementation.
The researchers believe that other inflammation biomarker levels may decrease if green tea supplementation is taken for longer than 45 days.
Thus, “more clinical trials with higher dosage of green tea and longer study duration may be effective in decreasing elevated inflammatory factors in PCOS women,” they concluded.
Source: Phytotherapy Research
DOI: 10.1002/ptr.5795
“The impact of green tea supplementation on anthropometric indices and inflammatory cytokines in women with polycystic ovary syndrome”
Authors: Esmat Mombaini, Sima Jafarirad et al. 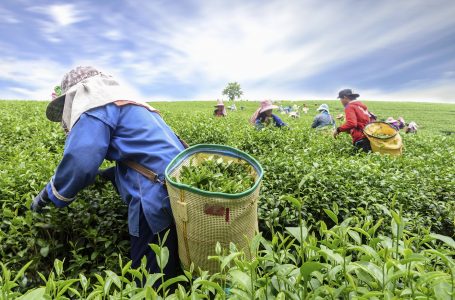