Kailua-Kona, HI—The Kona Coffee Cultural Festival, Hawaii’s oldest food festival, returns for its 43rd annual celebration of Kona’s world famous coffee from November 1 through November 10, 2013. Coffee, food and festival fans from around the world visit Kona to take part in this 10-day heritage festival that has become an iconic fixture in Hawaii’s growing landscape of food festivals.
“The world is invited to come together and visit Kona during the coffee harvest season and celebrate the culture behind the cup at this year’s Kona Coffee Cultural Festival,” said Festival President Mel Morimoto.
“With nearly 40 Festival events scheduled, there is something for everyone at the Kona Coffee Cultural Festival. For 43 years, this Festival has created a cultural experience in Hawaii that showcases Kona’s nearly 200-year coffee heritage, culinary delights and the working Kona coffee farmers who truly work to preserve, perpetuate and promote Kona’s famous harvest,” added Morimoto.
Kona In Your Cup
Kona, set apart from other coffee grown in Hawaii because of its unique growing conditions and hand-picked quality, has a coffee taste that’s developed its own “Kona characteristics.” This world-famous coffee-growing region, or belt as the locals refer to, boasts more than 4,000 acres. Kona’s coffee growing belt, small in comparison to the rest of the world, is only a mile wide and extends north to south for about 30 miles along the western slopes of two Big Island volcanoes, Hualalai and Mauna Loa. This volcanic soil together with the trade winds that bring natural shade or cloud coverage each afternoon makes for Kona’s perfect growing condition.
Kona’s global reputation has been built on its hand-picked quality and its well-balanced taste.
The first award, presented at the 1873 World’s Fair in Vienna to pioneering Kona coffee
merchant Henry Nicholas Greenwell, set the standard high. Today, Kona coffee is a premium brand known for its robust, classic Kona profile. But like the vineyards of France, every Kona coffee farm has faintly different characteristics and a unique personality carefully cultivated by the farm’s owner.
This year the overarching Festival theme “Kona In Your Cup,” reflects the coffee personalities from the more than 600 independent farms, ranging in size from three to seven acres, that make up the Kona coffee belt.
Mark your fall calendars for November 1-10, 2013 and make plans to celebrate the culture behind Kona’s cup at the 43rd Annual Kona Coffee Cultural Festival.
Festival Information
To plan a trip to the Kona Coffee Cultural Festival, log onto www.konacoffeefest.com . Admission to Festival events requires the purchase of a $3 button, available at each event.
Kona Coffee Cultural Festival
The award-winning Kona Coffee Cultural Festival is recognized as the oldest and one of the most successful food festivals in Hawaii. Held November 1-10, 2013, the ten-day Festival promotes Hawaii’s unique culture and diversity and supports the Festival’s mission to preserve, perpetuate and promote Kona’s unique coffee heritage.
The Kona Coffee Cultural Festival is supported as a ‘Major Festival’ by Hawaii Tourism Authority and is made possible through the support of UCC Ueshima Coffee Co., Ltd. KTA Super Stores, Kawakami Family of Captain Cook Fund at the Hawaii Community Foundation, Hawaii Community Federal Credit Union, and numerous other corporate and community donors further support the Festival.
Tags: Big Island 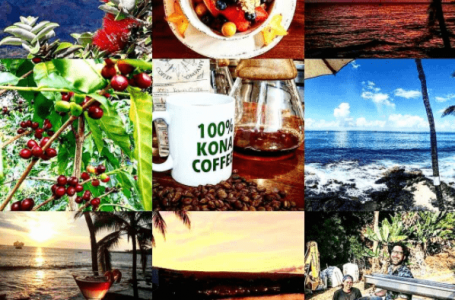