The UK and the Global Coffee Market
After a deep research on the coffee industry, we at Market-inspector found that the global coffee market has gone through significant transformations in the last few decades, especially when it comes to fair trade. It might be unexpected to some, but the UK has a huge impact on fairtrade coffee industry.

We all know that British people love to drink tea and talk about the weather. However, in the last decade coffee machines are used more and more, in order to satisfy the increasing demand for coffee in the UK. After all, the United Kingdom is the 9th largest coffee importer in the world. Surprisingly or not, the UK holds nearly 3.3% of the world’s coffee import, which corresponds to nearly 185,000 tonnes. Even though the British people are not the biggest coffee consumers, the UK has a huge impact on the world’s coffee market.

The Global Coffee Market in Crisis
Since Vietnam became the second largest coffee producer during the 90’s, the coffee market has changed dramatically. As a result of the oversupply, the price of coffee dropped at its lowest levels. These processes led to extremely unpleasant consequences for small coffee producers. Coffee farmers from Africa, South America and Asia have been suffering since then.

Having in mind that 80% of the world’s coffee is produced by smallholders, fair trade became crucially important. It somehow served as a guarantee that producers will be provided with better deals for their work. And when it comes to retail sales of fairtrade products, the UK is an absolute leader.

The Raising of UK Coffee Fair Trade
The UK is one of the countries which played a major role in fair trading and in terms of the revival of the coffee market. For the last 12 years the retail sales of fairtrade coffee in the UK increased nearly 10 times, which is quite a lot for a country of tea drinkers. The number of coffee shops is rapidly growing, exceeding 16,000 in 2014. Furthermore, the second biggest player in the coffee shop business in the UK is one of the largest purchasers of fairtrade coffee products, as well as many of the independent coffee shops.

This is how the British consumers became one of the biggest supporters of the world fair trade coffee industry. Even more, according to Allegra Strategies, the number of coffee shops in the UK will reach 20,000 in 2018, promising more support for the fair trading.
Criticism
The fair trade has also been put under a lot of pressure. Some critics claimed that when a customer buys a cup of coffee, only a small percentage of the final price is actually going to the coffee producer. Other criticism is focused on the fact that fair trade certified products are mostly for the mass market. However, fair trade is constantly developing in order to respond the need for socially sustainable coffee production.

Giving Hope to Small Coffee Producers
As previously mentioned, the UK is an absolute leader when it comes to fair trade retail sales. It is difficult to explain why coffee culture has become so popular among British people. However, there is no doubt that coffee shops are offering a wide range of high quality coffee drinks and Brits love them. Furhermore, more and more coffee shops and cafés are using fairtrade coffee products. Somehow, UK coffee lovers are unconsciously giving hope to 25 million small coffee producers, who don’t have the support of their local governments and business sectors. Many coffee producers are forced to work under unacceptable conditions, but still doing their best so that we can drink coffee of the highest quality. 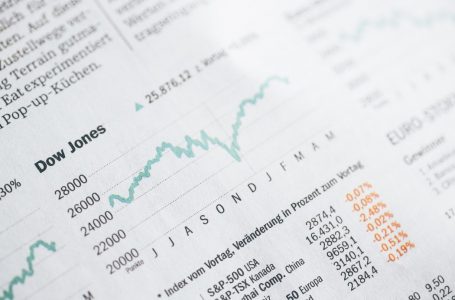