NEW MILFORD, Conn., June 17, 2015 – Torie & Howard’s organic, Non-GMO and kosher hard candy continues to grow across retail segments and geographically with new placements that include H-E-B stores, American Airlines Admirals Club, and in the Asia-Pacific region.
Two-ounce recyclable steel tins of the candy will be available in select H-E-B stores with headquarters in San Antonio, Texas, through KeHE Distributors of Romeoville, Ill., said Torie Burke, company co-founder. The tins also are available in Hawaii at CVS and ABC Stores through Hawaii Intercontinental, headquartered in Honolulu. Torie & Howard also has added Candy Incredible of Honolulu as a broker. In addition, the organic hard candy is being carried by A & P, headquartered in Montvale, N.J., through Haddon House of Medford, N.J., and Strack & Van Til in Indiana through KeHE, Burke said.
Other placements include American Airlines domestic and international Admirals Clubs at the Dallas/Fort Worth International Airport with Torie & Howard handling the sale directly and Wine Country Gift Baskets through Houdini, Inc., Fullerton, Calif. Internationally, new placements of the candy in Taiwan at organic retailers and supermarkets include Orange Market Organic, Green Emperor, LHAUS Village, Mayfull Fine Foods, and The Seeds, all through Preamax. The 2-ounce recyclable steel tins have a suggested retail price of $3.99-$4.99 and are available eight per case with 12 cases to a master case.
Torie & Howard candy is organic and kosher certified, Non-GMO, has no artificial dyes or flavoring, and is gluten, casein, nut, and soy free. Each candy is just 12 calories. Flavors include Meyer Lemon and Raspberry, California Pomegranate and Sweet Freestone Nectarine, Italian Tarocco Blood Orange and Wildflower Honey, D’Anjou Pear and Ceylon Cinnamon, and Pink Grapefruit and Tupelo Honey. A 6-ounce handbag gift package has a suggested retail price of $7.99-$8.99, and a Halloween assortment is available in a 10-ounce lie-flat bag with a suggested retail price of $6.99. Assorted candy may be purchased in 5-pound bulk bags. The new Chewie Fruities candies are available in 4-ounce packs with a suggested retail price of $3.99. More information is available by calling 1-888-826-9554 or online at www.TorieAndHoward.com.
About Torie & Howard:
Torie & Howard is a producer of all natural, organic, Non-GMO candy designed to satisfy consumers with discriminating palates who crave healthy, yet indulgent, snacks.  The candy is USDA Organic and kosher certified.  The company was launched by color consultant Torie Burke and interior designer Howard Slatkin in early 2012 with headquarters in New Milford, Conn.  In keeping with its pledge to produce snacks in ways that are as health-friendly, eco-friendly and socially conscious as possible, a portion of the proceeds will be donated to Autism Speaks.  The candy is available nationally through foodservice and about 5,000 retailers, including Whole Foods, The Fresh Market, Kings, Balducci’s, Dean & Deluca, Earth Fare, and Central Market, and online at www.TorieAndHoward.com.  More information is available by connecting via https://www.Facebook.com/TorieandHoward, https://Twitter.com/TorieandHoward, and https://www.Pinterest.com/TorieandHoward/ or by calling 1-888-826-9554. 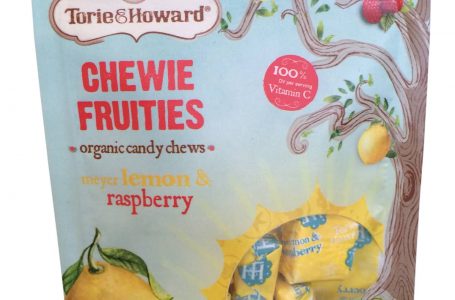 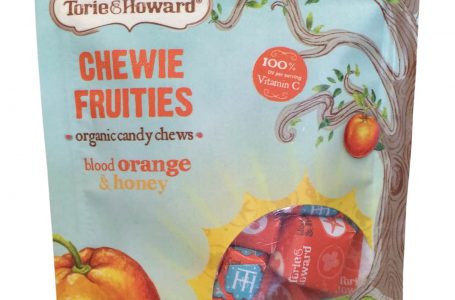 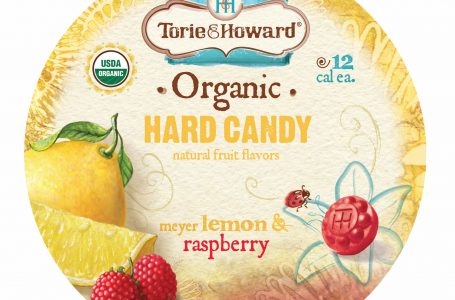