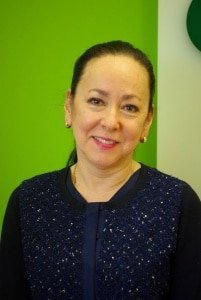 NEW YORK (June 7, 2017) — Rona Tison, executive vice president of corporate relations for ITO EN (North America) INC. – innovator of award-winning tea lines, including Matcha LOVE®, TEAS’ TEA Organic® and Oi Ocha – will receive The John Harney Lifetime Achievement Award at World Tea Expo, to be held June 13 – 15 at the Las Vegas Convention Center North Hall in Las Vegas, Nev. ITO EN (North America) INC is a subsidiary of ITO EN, LTD., the award-winning and world’s leading supplier of premium, sustainably-grown green tea and healthy beverages. World Tea Expo is the leading B2B tradeshow focused on advancing the business of tea. Register at WorldTeaExpo.com.
As the 2017 John Harney Lifetime Achievement Award recipient, Tison will be recognized for her significant support of the tea industry’s growth, innovation and education. She will receive the honor during the World Tea Awards (#TeaAwards) program at World Tea Expo from 6 to 8:30 p.m. on June 14.
With extensive experience in the tea and beverage industry, Tison is highly regarded as a tea expert with a refined approach to U.S.-Japan culture and innovative marketing. A well-respected voice in the tea industry, she serves on the World Tea Expo Advisory Board and the Tea & Health Committee of the Tea Association of the U.S.A. Her tea industry prowess has led her to speak at World Tea Expo, Smithsonian Lecture Series, the Shizuoka World Tea Festival, the San Francisco and Los Angeles Tea Festivals, the Northwest Tea Festival, Carnegie Mellon Business Series, Columbia University and the prestigious James Beard Foundation, among others.
Tison has been with ITO EN since its inception in 2002 in the United States as ITO EN (North America) INC. In 2016, ITO EN ranked No. 18 as one of Fortune’s “50 Companies Changing the World.” At the company, Tison is responsible for maintaining and developing ITO EN’s corporate image through branding, public relations and promotional events, while educating both the public and businesses about tea. She has held multiple leadership roles in hospitality and retail prior to joining ITO EN, including W Hotels, Meridien Hotels and Felissimo. Tison was born in the United States but grew up on Okinawa and briefly in Tokyo. Her father is from Brooklyn, New York, where ITO EN’s U.S. offices are located, and her mother is from Tokyo. She is also a member of the U.S. Japan Council, Brooklyn Park Conservancy and Japan Society.
Samantha Hammer Mitchell, the World Tea Expo event director and World Tea brand leader, said, “We’re thrilled to present The John Harney Lifetime Achievement Award to Rona Tison, to celebrate her tireless support of the tea community and efforts to educate both consumers and businesses about premium, high-quality specialty tea. Tison is highly deserving of this award, and we thank her for all that’s she’s done to help tea grow in the marketplace. Congratulations, Rona, on this honor.”
James Norwood Pratt, a well-known tea industry author and authority, said, “Rona Tison, what a woman – the first woman recipient of the John Harney Lifetime Achievement Award! Nobody in tea could be better loved or more highly regarded, and very few indeed can claim comparable accomplishments or greater success. Her presence in the tea world has made all of us richer and happier. Congratulations, dear Rona – we love you!”
Pratt will present the award to Tison at the World Tea Awards, along with Mike Spillane, president of The G.S. Haly Co. Both Pratt and Spillane are past recipients of the award.
Tison said, “It’s such a privilege to be acknowledged by my peers in the tea community through The John Harney Lifetime Achievement Award. I am truly humbled by this award, and to be included among a high-caliber league of professionals who have received this recognition before. While I still have much to accomplish, this award symbolizes the passion I have for tea and the tea community itself. Thank you.”
The John Harney Lifetime Achievement Award was formerly called The Cha Jing Lifetime Achievement Award and then re-named in 2015 to recognize the legacy of Harney & Sons’ Founder John Harney, who passed away in 2014. Harney was one of tea’s most respected professionals – and a previous Cha Jing Lifetime Achievement Award recipient – who helped demonstrate the commercial appeal of sophisticated specialty blends. During his lifetime, Harney earned the respect of traditional and specialty tea vendors worldwide as both a business executive and master blender. The award, in remembrance of Harney, is a community celebration in honor of tea pioneers who helped fuel the market and shape the tea industry of today.
World Tea Expo 2017 will attract more than 3,500 tea community members and vertical market buyers, as well as 200+ exhibitors. The B2B event analyzes the business of specialty tea, evaluates and makes recommendations on the latest trends, and serves up the tools that professionals need to enhance their business and profit from tea and related products.
The World Tea Awards sponsors include: BUNN, Harney & Sons and Owl’s Brew.
World Tea Expo sponsors include: International Tea Importers, Sri Lanka Tea Board, QTrade Teas & Herbs, Bitaco Unique Colombian Tea, Dethlefsen & Balk, DMH Ingredients, Dobashien Co., Ltd., East Indies Coffee & Tea, Haelssen & Lyon, ITO EN, Kakegawa City Agricultural Coop, ME, Roobios Limited, Curtis, Finum, GC Water, Indonesia Trade Promotion Center, JETRO – Japan External Trade Organization, SPINS, T-Sac, The Tea Spot, TQY Trading Company and Walters Bay.
To register for World Tea Expo today, or for additional information, visit WorldTeaExpo.com. And be sure to follow World Tea Expo on Twitter: @worldteamedia (#WorldTeaExpo or #WTE17).