On June 7, 201, Executive Chairman of New Age Beverages Corp (NASDAQ:NBEV), Neil Fallon, along with other members of the company, visited the Nasdaq Market Site in Times Square, and was granted the honor of ringing the Opening Bell. The honor of doing so comes as a result of New Age’s recent uplisting to the NASDAQ. The uplist became official on February 17, 2017, and comes in the midst of a multitude of mergers over the past ten months to include Búcha Live Kombucha, XingTea, Aspen Pure, the Marley Beverage Company, and most recently Coco-Libre and Premier Micronutrient. It’s no wonder the Company has been on a run for the past year, and is now, deservedly so, trading on the NASDAQ.
New Age Beverages Corporation is a Colorado-based, leading all-natural tea and healthy functional beverage company that was founded in 2003. The Company competes in the fast growing healthy functional beverage segments including Ready to Drink (RTD) Tea, RTD Coffee, Kombucha, Energy Drinks, Relaxation Drinks, Coconut Waters and Functional Waters with the brands XingTea®, Marley One Drop®, Búcha® Live Kombucha, XingEnergy®, Marley Mellow Mood®, Coco-Libre®, and Aspen Pure® PH and Aspen Pure® Probiotic Water. The Company’s brands are sold across all 50 states within the US and in more than 10 countries internationally across all channels via direct and store door distribution systems.
New Age’s plans to develop the next generation of healthy functional beverages has recently taken another leap forward. The company continued its acquisition spree by announcing the closing the acquisition of Premier Micronutrient Corporation on June 1, 2017. The intellectual property addition of more than 10 major patents and patents pending significantly increases New Age’s intangible assets and underpins the Company’s planned portfolio launches targeted to the medical and pharmacy channels. The closing of the acquisition allows New Age to fully capitalize on the intellectual property of Premier Micronutrient Corporation (PMC) and their wealth of patents, studies, clinical trials, science and medical expertise. In consideration for 100% of the assets and interests of PMC, New Age issued 1.2 million restricted shares to the shareholders and debt holders of PMC to obtain the assets and all of the intellectual property of the Company debt free and unencumbered.
New Age will immediately begin consolidating PMC into its operations immediately. Revenue synergies from the launch of new products using PMC’s expertise and differentiated technologies are expected to exceed $10 million over the next 12 to 18 months, while cost synergies are not expected. New Age expects to record a significant positive balance sheet impact from the acquisition. Brent Willis, Chief Executive Officer of New Age Beverages remarked:

“We are very pleased to have closed the PMC acquisition so quickly so we can get on with capitalizing on an unbelievable array of breakthrough technology for the beverage industry. The timing couldn’t be more right as consumers are increasingly seeking healthier functional alternatives. The early response from likely influencers, customers, and distributors in the medical channel, gives us a tremendous amount of confidence in our potential with this portfolio. Their support in this endeavor opens up a powerful new vertical for New Age that we believe is virtually untapped.”

On April 20, 2017, New Age Beverages Corporation announced an expansion of its total portfolio of brands across 20 major DSD (Direct Store Delivery) distributors throughout the United States. The expansion of its full portfolio of brands from its previous single brand distribution, significantly increases New Age’s presence and importance within the distributors, and significantly increases New Age’s retail penetration in independent outlets nationally. Through the recent acquisitions, and focusing on national expansion, the Company has closed important gaps to now have penetration across all 50 states and more than 10 countries internationally.
On the financial front, the Company recently announced earnings for its first quarter ending on March 31, 2017. For the three-month period ending March 31, 2017, gross revenues reached $11,437,638 vs. $620,658 in the prior year. Net revenues reached $10,787,801 vs. $588,800 in the prior year. This reflects the significant impact of the acquisition of XingTea. Gross profit reached (not including shipping expense) $2,854,508 vs. $144,319 in the prior year. Brent Willis, Chief Executive Officer of New Age Beverages commented:

“The first quarter of 2017 continued at the pace we established in 2016. Just one of the accomplishments in Q1 was the uplist onto the NASDAQ — but on top of that we are operationally executing, growing organically, integrating new companies, and developing new products leveraging our R&D expertise. The impact of these will begin to be seen in Q2 as the new companies and brands are integrated and fully consolidated in our financial results.”

NBEV stock has been on a upward trend since May of 2017. It made three strong upward spikes since then, and is in the midst of the third spike now. The most recent upswing commenced on May 1, 2017 and ran up to a high of $7.20 on June 6, 2017. The stock is currently trading at $6.20. Current market capitalization stands at $198.57 million, on 30.05 million shares outstanding as of June 12, 2017. NBEV stock may experience a pull-back soon. If it does, the savvy investor will use this as an entry point. After all, Insider Financial has been covering this name since last August. So far, we’ve been right on the money with NBEV. We will be updating our subscribers as soon as we know more. For the latest updates on NBEV, sign up below! 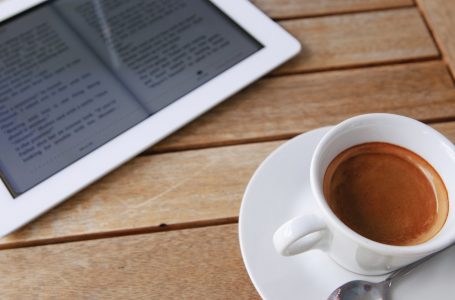