Four hundred years after China gave tea to the world, a Cornish company is exporting tea – to China.

Tea, which until the 17th century was an international monopoly controlled by the Chinese, is now being exported to China from Cornwall.

Duncan Bond, co-founder and managing director of CTCC, said: “This is a great milestone for our company, especially as we have only been in business for four years. We are now being recognised as one of the leading brands in our niche sector. Securing this business has provided new jobs locally and clearly put us on the map.”

Cornish Tea started with just one product, Smugglers’ Brew, and has now grown to more than 30 products across food service and retail.

The Liskeard business nearly didn’t get make it as financing was a huge problem for the start-up, especially with banks not lending to new businesses.

Mr Bond said: “In the end my aunty Ann convinced my uncle Harvey to help out with finance and structure. Harvey Bowden is the founder of Harvey Water Softeners Ltd, the leading water softener producer in Europe.”

Mr Bowden added: “The last thing I needed to do was get involved in a start-up. I wanted to ride my motorcycles and sail my boats but I guess the entrepreneurial streak never leaves you. What convinced me was when I found out that one of my staff in Woking Surrey was buying it in Cornwall and bringing it home with her.

“When I asked her why, she said it was the best cup of tea she had ever had. That’s my sort of business, being the best one can be.”

The business has since grown by 25% year on year thanks to supply deals with Tesco, Sainsbury’s, Morrisons and the Co-operative as well as delis and coffee shops up and down the country and a flurry of prestigious clients such as Virgin Group, Jamie’s Italian, Prince Charles and the National Trust.

The company also exports to Germany, France, The Falklands and the Ascension Islands. 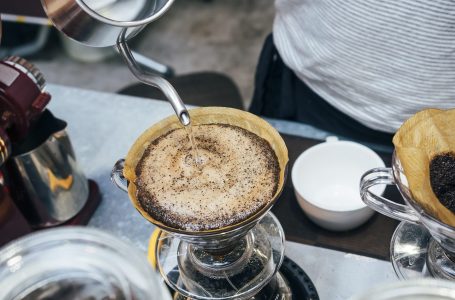