In his first earnings report as CEO, Quincey had a positive message to share: The new direction the beverage company is taking is working — albeit slowly. While demand for Coca-Cola products seems to be the same, more consumers tend to be reaching for products like Dasani water or low-sugar options like Coca-Cola Zero Sugar, which has been rolled out in 25 markets worldwide. The report touts success in this venture, with the new zero-calorie formulation of the company’s namesake soda — set for a U.S. launch next month — leading the pack with double-digit growth in Europe, the Middle East and Africa and Latin America.

In fact, most of the news about product expansions and successes in the report is about new “healthier” products, echoing Quincey’s vow to remake Coca-Cola into a “total beverage company.” The company plans to introduce more than 500 new products this year, and has been “lifting and shifting” existing brands into new markets. Sparkling Smartwater and low-sugar Oasis juices have been successful in the U.K., while Honest Tea has expanded into France, the Netherlands and Belgium.Sprite Zero is now available in China and new brands, including a functional tea and a flavored water, have been successful in Japan and Mexico.

The change in direction resonated with analysts from Wells Fargo. A report on the earnings from Senior Analyst Bonnie Herzog said, ” We think KO [Coca-Cola] is doing a good job driving relevancy with consumers and leveraging innovation and mix to drive solid pricing growth, particularly in N. America. However, with flat volumes persisting for the past 2 quarters, work clearly still remains to drive more balanced revenue growth going forward.”

Refranchising bottling territories and foreign currency exchanges can take some of the blame for falling revenues. Last year, Coca-Cola pledged to sell all of its bottling operations in the United States, which hurt revenues and led to a 17% decline from that decision this quarter. However, during this past quarter, letters of intent were signed for territories in California and Nevada, as well as the metropolitan region including New York City and Philadelphia. As of now, there are agreements or letters of intent for all of the U.S. bottling operations to be refranchised, and the report indicates that all deals should go through by the end of the year.

As Coca-Cola moves forward into the new consumer reality, it seems ready to continue to shift its portfolio away from sugary sodas and toward “healthier” beverages like sparkling drinks and ready-to-drink tea and coffee. The company’s overall nonalcoholic ready-to-drink portfolio gained value share in the U.S. for the 29th consecutive quarter. It remains to be seen if growth can continue in the right direction, and if Coca-Cola Zero Sugar will see the same success in the U.S. as it has in other regions of the world. 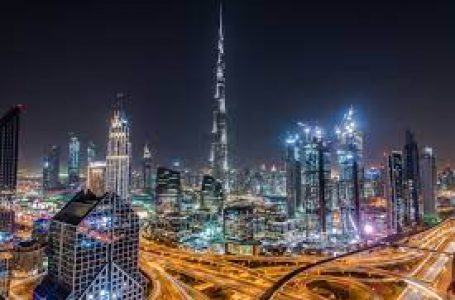 World of Coffee Dubai is a promising...