Alton McEwen, a man truly dedicated to his work. He has come out of retirement multiple times because the industry needs his help and has called him back. His skill is too great to keep hiding in retirement, and in a time of need, he has always been there for this industry. He is a man who guides, and he has guided multiple coffee companies to help revolutionize the specialty coffee sector into what it is today. His commitment to quality can be seen in the success of the businesses in which he has been involved.

You Must Pick Coffee First
McEwen is a graduate of Macdonald College of McGill University with a Bachelor of Science degree in Food Management.

In the 80’s, McEwen bought the company, Second Cup. Having visited origin, he had great respect for end work that goes into the product from seed to cup. Having witnesses how complex and difficult the entire process is to create the final cup, McEwen gained a vast appreciation. So much so that he took 129 franchisees to La Minita, Costa Rica prior to opening their shops to ensure their passion for quality as well.

“I always say that when you are in the business to understand it, you have to go to origin because no one can explain it to you.” explained McEwen.

To this day, every franchisee must pick coffee first, before opening their business doors.

During his time at Second Cup he was in charge of multiple United States acquisitions from 1997 to 1999. In July of 1999, McEwen decided to retire and travel to see the world. However, retirement did not last long. In October of 2000, McEwen returned to Second Cup for about 17 months after being asked to come back to help in a time of need. After Second Cup was sold to CARA in  2002, he stayed two more years and then retired for a second time. Soon after, he retired for a second time in 2004, and moved to California.

Since 2006, McEwen has been on the board of Distant Lands, a roasting company that also has mills, farms, and an green trading group. In fact they have been providing the roasted coffee to Panera for eighteen plus years. Their food-service oriented roasting plant in Texas also specializes in singe serve.

McEwen has served on the Strategic Planning Committee of the Specialty Coffee Association and on the board as well.

McEwen shares his observations, “When we first came into the coffee sector, specialty coffee was unclearly defined, it was really just five percent of the United States, it was definitely less than ten percent. Take Gloria Jeans as an example. The company is a good measure of how fast the industry grew.  The first meeting of the Specialty Coffee Association of America (SCAA) in New Orleans there was about 200 attendees. Then the Berkley show and then finally we were in Seattle, serving 5,000 people just two years later. It turned from a specialty business into something else.”

McEwen has come out of retirement three times and is still going strong. The company had challenges and obstacles and McEwen was ready to respond.

A Trip to Origin Makes a Difference
After McEwen’s first origin trip, he repeated the venture and added other origin countries as well as industry conferences such as Sintercafe.

Hopes and Dreams
McEwen hopes to soon see an increase in the quality of the coffee beans that are brought into the United States.

While the rise in coffee prices is frightening to some, McEwen embraces it. “Coffee is not too expensive, there is tremendous value in it! I mean, sure there are expensive drinks served in coffee shops, but you can purchase good coffees and brew them at home. I do not have one favorite coffee. A good Central American or Colombian is always good. One that sticks out is Yiregechiffe.”

With home brewed coffees, the K-Cups are a popular topic talked about across the board. McEwen says, “K-Cups have been driven by a convenience motive. They will grow in its current state until it fills the convenience demand, which will never be 100 percent. Only then will there be an increase in quality, and not just in convenience.”

A Final Word
McEwen left one great piece of advice behind. He said, “It is easy to start, but hard to stay. Study very carefully and visit lots of stores. Dig deep. Figure out what the real challenges are.” 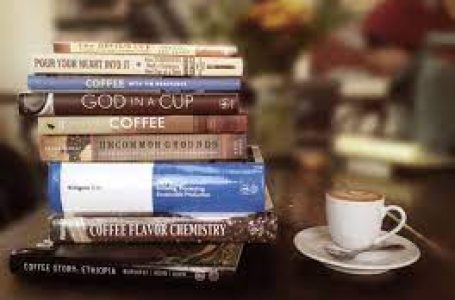