Corey Lewis and Cody Ellsworth pulled off an upset Street Tuner (ST) class victory in their No. 50 BERG Racing Redcom ColorTrack Porsche Friday in the Continental Tire SportsCar Challenge event at Indianapolis Motor Speedway. Poised for its second consecutive ST win, the No. 04 Porsche of Remo Ruscitti slowed on course on the final lap of the two-hour, 30-minute Brickyard Sports Car Challenge allowing Lewis to make the pass for the win. It was the first career win for both Lewis and Ellsworth, who were co-driving together for the first time. “I didn’t know anything happened to (No.) 04 literally until we were passing them,” said Lewis. “I was screaming on the radio ‘Is this true, is this really happening?’ We were right on the money with the fuel, I think we had three or four laps left. It worked out, we just won Indianapolis.” Ruscitti made what looked to be the winning pass on the No. 23 Automotive Chemicals BMW Group BMW 128i of Terry Borcheller with 27 minutes remaining and held nearly a two-second lead over Borcheller with two minutes remaining. Borcheller then ran out of fuel coming to the white flag, ducking to pit road and allowing Lewis to move into the second position. One lap later, Ruscitti slowed on course. It was a heartbreaking defeat for him and co-driver Adam Isman after starting from the pole and leading much of the final portion of the race. Ruscitti was able to coast across Indianapolis Motor Speedway’s famed “yard of bricks” for a fifth-place finish. The No. 42 Sahlen’s Porsche Cayman of Wayne and Will Nonnamaker finished second — the team’s third podium in the last four races — while the No. 56 Mosing Motorcars BMW 328i of class points leader Jeff Mosing and Eric Foss came home third. The Brickyard Sports Car Challenge will be televised on FOX Sports 1 on Aug. 3 at noon ET. – See more at: http://www.imsa.com/articles/no-6-chevrolet-camaro-z28r-wins-indianapolis-motor-speedway?invalidate-cache=1401775061#sthash.dFEtxI1w.dpuf

Well, to all our ColorTrack clients and friends, it was quite an exciting week for the BERG Racing Redcom ColorTrack team. Coming off of the race at Watkins Glen where we lead the entire first half of the race in a dominant fashion only to be parked by race officials for a freak incident that produced a cracked windscreen and what officials called a safety issue, the team was hungry to prove their stuff!

I was fortunate enough to attend the race in person and as a sponsor of the car we could not be prouder of our young team. John Weisberg, who relinquished driving duties to concentrate on managing the team and race effort with race engineer Josh Hurley made for almost perfect execution of race strategy. With our two young gun drivers Cody Ellsworth and Corey Lewis taking over the driving duties everything seemed to mesh perfectly. The two young drivers immediately showed their speed setting the fastest time in practice 1 and second fastest time in practice 2. Cody qualified the car on the outside of the front row as he did at Watkins Glen next to the last race winner, Remo Ruscitti in another Porsche Cayman who edged out Cody for the pole position at the end of the session. Only three drivers during the entire week even broke the 1:40 lap mark during the week and we had two of them!

With rain threatening just before the start of the race it was touch and go about strategy with all focus on the weather radar. Cody took the green in the dry and dropped back a spot tucked comfortably into P3 where he managed the car perfectly executing race engineer Josh Hurley’s strategy. There isn’t enough that can be said of the strategy John and Josh employed and how well Cody took care of the car before handing it over to our new driver Corey Lewis who was in the car for the very first time. Drafting the lead cars and saving tires would prove to be a major factor. The driver exchange and pit stop was just about perfect which was probably due to practicing for HOURS on Friday morning before the race. Cody did such a great job managing the car we went with only a two tire change. Corey almost immediately got tangled with a back marker and was shuffled back to 11th, but no worries. Corey began working his way up through the field. 8th… 7th… 6th… and so on. With around 18 minutes left Corey had worked his way up to 4th and fuel strategy seemed to be looming large. The BMW’s were obviously in trouble and began to conserve slowing dramatically. Corey stayed consistently fast. In 4th, Corey was right behind the 3rd place Sahleens Porsche and the fuel starved BMW of Terry Borcheller . It wasn’t long before he swallowed them up and moved into second position. In P2 but still over 7 seconds back of Ruscitti it looked as though we might have to settle for a second place finish. Time was running out. As I sat in the control booth reviewing data with John and Josh we watched as Ruscitti suddenly dropped off by almost two seconds a lap. Corey closed to less than three seconds in two laps. We then knew Ruscitti had a fuel issue. He then put in one more fast lap and held the two second advantage as the white flag came out. As the crew began to shed equipment and gear expecting a respectable 2nd place finish, the unexpected happened! That fast lap Ruscitti put in at the end cost him. We watched on our monitors as Ruscitti began slowing dramatically. He was out of fuel. Then the call on the radio from a stunned Corey Lewis… “I just passed the 04. Is this really happening?” With just a few corners to go Corey passed the coasting car of Ruscitti and came across the line at the checkered P1!!! Everyone went crazy except for crew chief Danny Theil. Ironically, I gave him a huge bear hug and picked him up and he looked at me like I was crazy. He didn’t know. He had taken off his radio. When he saw everyone going crazy he said to me “P1? Are you kidding?” The celebration started.

Bottom line is we may have not had the best or fastest car nor the prettiest, but we had the best drivers, the best crew, the best strategists and the best game plan. The only blips in the race were getting punted by a back marker after the pit stop which dropped us back quite a bit and a last lap problem with one of the BMW’s in which Cory had no choice but to punt the guy who was slowing him down intentionally to protect his teammate’s position. You can see the pretty dramatic nose damage in the attached picture. About a quarter of an inch from the radiator with what would have been catastrophic failure! Lady luck was with us though. On a somewhat somber note, tech ripped the car apart looking for anything they could find. We had to drop the entire motor, transaxle, rear end… basically the whole back end of the car. But the car was confirmed legal and conforming less than ten minutes after four hours of taking the whole damn thing apart.

John Weisberg and Josh Hurley did an amazing job of managing the race and strategy. Corey and Cody were scary good. It was a well-oiled machine. I cannot wait to see the national TV broadcast on Sunday. We had the live feed on one of the monitors in the booth and it seemed every time I looked up we were there. The amount of TV exposure will be enormous. Thanks must go out to all involved. The crew. We have the youngest crew in the series. These guys just killed it. Danny, our crew chief is all of 22 years old and performed like he’d been doing it for as many years. Stephan, Chris, Joe and Kevin were absolutely perfect on the pit stop. And don’t let me forget Nancy, our chef who killed it as well. She did a lot more than make sure we had sustenance. The drivers. Cory and Cody were awesome. Nothing more to say. The team management, John and Josh, just nailed it. A big thank you to sponsors, REDCOM, ColorTrack, Vintage Seats, Red Line Oil, Mann’s Jewelers, VP Fuels and Monticello Motor Club. Couldn’t have done it otherwise. The rag tag group from Rochester, NY with the car that’s not that pretty and the dirty trailer and limited budget earned it. They slayed Goliath and all those big budget teams. I can’t express how proud we at ColorTrack are of these guys.

The race broadcast can be seen on Sunday August 3rd at 12PM EST on FOX Sports 1. To find your local station: http://www.foxsports.com/watch/foxsports1?0426MLB . Please tune in. We know we got a TON of coverage. It should be very exciting. Next race in two weeks at Road America in Elkhart Lake Wisconsin. Anyone interested in sponsorship of the car can contact me at the number below. 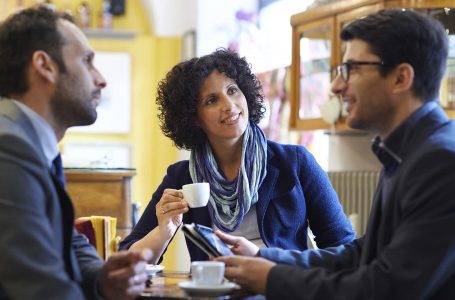 Can an advert for tea really change...