One in five Americans would buy more coffee, soft drinks and hot dogs at a venue if they learned that all of the trash left behind was recycled or composted, according to a new national survey.

Just as there is a carrot for venues, there’s also a stick: One quarter of Americans said they’d buy fewer concessions if they learned that all of the trash left behind at a venue went straight to a landfill.

“A significant number of Americans care about the environment, and they’ll vote with their coffee cups,” said Suzanne Shelton, founder and CEO of Shelton Group, which conducted the survey. “Americans will reward venues that offer compostable cups – and punish those that don’t.”

The survey is the first of its kind to measure Americans’ opinions on trash left behind at stadiums and concerts.

“We have a lot of anecdotal evidence of fans wanting stadiums to do more recycling and composting, but this is the first time we’ve had real data,” said Wendell Simonson, Vice President of Marketing for Eco-Products, which makes compostable plates, cups and utensils. “Some venues are ahead of the curve, such as Denver’s Red Rocks Amphitheater and Seattle’s Safeco Field. But there are a lot of others that may want to do more.”

The Shelton Group’s survey polled 2,015 Americans and has a 2.18 percent margin of error. Among its findings:

Asked: “How would you react if you learned that all of the trash left behind after a game or concert you attended was sorted… with recyclables and compostables being diverted away from landfills?”

Asked: “How would you react if you learned that all of the trash left behind after a game or concert you attended went straight to a landfill, without any sorting, recycling or composting efforts?”

“We know Americans feel a lot of ‘green guilt,’ and they’re happier when their coffee arrives in a compostable cup,” Shelton added. “It gives them one more reason to enjoy a cup of coffee. And who doesn’t want another reason to drink more coffee?”

The firm studies Americans on an ongoing basis and tracks their shifting attitudes and motivations around all things green and uses those insights to help some of America’s most progressive companies define and leverage their sustainability stories to gain a market advantage. 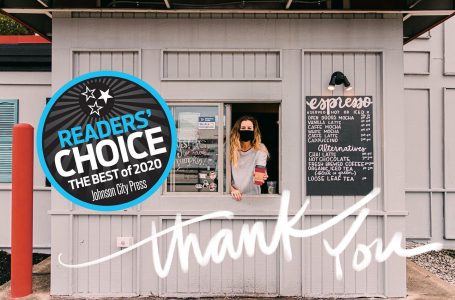