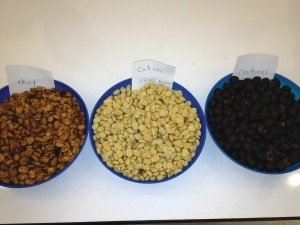 One thing for sure about coffee is that it is always changing, evolving, moving forward. A few years back with the onset of barista competitions, we experienced the evolution of people, who in the past had perhaps simply slung shots of espresso for the masses, into fine craftsmen and craftswomen of coffee. Taking chances with coffee and customers to provide an experience like no other. With each signature drink we tasted, things were changing. As a chef approaches his ingredients, so does an aspiring and inspired barista, examining every step along the way to differentiate themselves.

Innovation comes in all forms and at all levels. The barista became a “movement” and was affectionally dubbed “third wave”. That phrase is almost passé now in cafés, but is taking off in the coffee-producing world. Here’s how. Varietals in vogue: bourbon, pacamara and now gesha. There is a season for taste and new styles in flavor preferences. Will the hybrid Centroamericano be next?

Enter “third wave” producers. Some would disagree with this title; I mean no offense. It is used here to simply describe the young producers who are taking on new forms of expression by way of processing with their coffees. First, we have naturals, then honeys, with yellow, gold, red and black honeys. Brazil’s specialty sector had a hit early on, with natural-processed coffees. Famously delicious in espresso, adding complexity and mouth feel, this nation’s coffee led the way for years on naturals. I believe Brazil holds the record for the largest export of Natural coffees, and even has an independent Cup of Excellence competition dedicated to them.

Now “upstart” countries are getting into the fray of natural and honey processed coffees, to the delight of roasters everywhere. 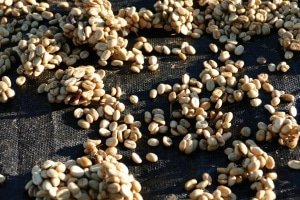 Costa Rica is a country known for perfectly balanced body, flavor, and acidity, and was a go-to origin for almost all coffee buyers. There was a large company in the Northwest who opened every cupping session with a high-quality Costa Rica on the cupping table. The owner believed that the first cup on the table set the pace and calibrated the cuppers in clean and sweet. I am not sure if this practice exists today, but I can tell you: then, every coffee had to measure up. Fast-forward a few years, and Costa Rica is on the forefront of innovation in honey processing. Honey processed coffees, by name, first sprang most notably from Costa Rica (although Colombia was right along beside them) and have since become a favorite of roasters and importers around the world. Honey processing is drying with skin removed but leaving various amounts of pulp, adding the sweetness we love in our cup.

Childern are growing up and taking over the family farms. As parents retire or lose interest in the family farm, the younger generation is keen to jump on board. In the past, it would have been difficult to ask the parent caring for the coffee farm to change. Asking Papa to leave mucilage on beans while drying, which had never been done before, might have been interpreted as an insult to the father and grandfather. But now, enter the “third wave producers”. Ideas flourish from visitors to the farms, attendance at trade shows, networking online and cupping. Previous generations might have thought quantity; newer generations think quality.

As older generations leave day-to-day farming, the new generations are bringing new ideas and interests to the (Cupping) table.

Third wave coffee produces are willing and excited to try new techniques, and are setting the bar high with new taste profiles. Smaller lots may provide greater opportunity to try something different and to pay close attention to every detail. Not all honeys are golden. Too much fermentation leaves the coffee, well… fermented. Need I say more? With honey processing, there is no turning back if the process goes awry. Honduras, El Salvador, even Burundi are producing naturals and honeys with varying amount of acclaim. Many countries are experimenting with this.

Some might disagree with the “name” Third-Wave producers, but it is a reference only in how this might relate to the baristas of today. Creative, driven, and risk-taking. We are probably on the 5th or 6th wave by now, anyway. This is a reference as one might use millennial, gen x-ers, or even bobby-sock-ers to describe a style of thinking, a thought process, or mindfulness. It’s not a label. Me, I am more of a beatnik. 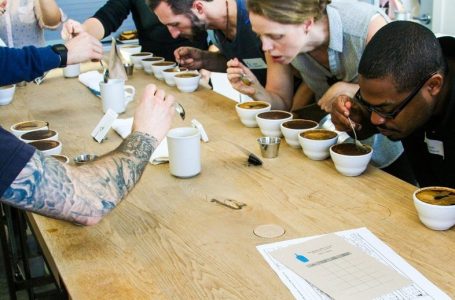