“I can’t say that everybody who tries it loves it, but there’s a misconception that people have to have bubble tea,” Ms. Lamba said. “We have plain tea, too.”

So far, bubble tea “hasn’t hit anybody’s radar in terms of the next big trend,” said Peter F. Goggi, the president of the Tea Association of the U.S.A.

“In order for a trend to latch on, you have to be able to get it anywhere, not just in small tea shops,” he said. “It’s got to make it into quick-serve restaurants, into food service, into the refrigerated aisle at the grocery store. It’s about access.”

In recent years, iced tea and hot tea have been making inroads against coffee, but there are signs of stress: Starbucks recently announced that it would shutter its stand-alone Teavana stores, calling into question the future of a brand it bought for $620 million in 2012.

Bubble tea purveyors hope they can fill the void. Some shops offer dozens of beverage options — like fruit-based teas, smoothies and slushes — and some drinks even incorporate coffee (talk about steeping with the enemy).

But it is the basic bubble milk tea that is the main event. Vivi Bubble Tea, a franchise business, has 45 shops in the United States, most of them on the East Coast, and seven more under construction. Ten Ren Tea and Ginseng Company, which is based in Taiwan, has four stores in New York City and 26 in other states, while CoCo Fresh Tea and Juice has 32 outposts in the country, 22 of them in New York City.

Boba Guys began in San Francisco in 2011 as a pop-up inside a ramen noodle restaurant. It served as a testing ground for the two founders, Bin Chen and Andrew Chau, to refine their three flavors (classic black milk tea, jasmine and soy milk tea) and to work on new concoctions.

“We were in the Mission area, where there were a lot of curious foodies and a lot of Asian-Americans who had grown up drinking bubble tea,” said Mr. Chen, the former creative director at a messenger bag company. He and Mr. Chau opened their first stand-alone store in San Francisco in 2013 and have since expanded to six in the Bay Area and three in New York City.

Their goal is to differentiate Boba Guys by positioning it as a premium brand: the bubble tea equivalent of upscale coffee spots like Blue Bottle and La Colombe.

Mr. Chen emphasizes Boba Guys’ use of freshly brewed teas (rather than powdered), organic milk (rather than nondairy) and made-from-scratch jellies and fresh fruit. (For the record, other bubble tea shops make similar claims for their ingredients.)

Many bubble tea companies have opened stores near college campuses. The thinking, said Derrick Fang, the manager at Ten Ren Tea, “is that Asian students will introduce the culture to their non-Asian friends — and it works.”

There’s also a concerted effort to guide newcomers. “We introduce people to the way to order, and we explain the toppings and the different flavors,” Mr. Fang said. “And we had to make adjustments for the U.S. market. People in America like a sweeter taste than in Asia.” 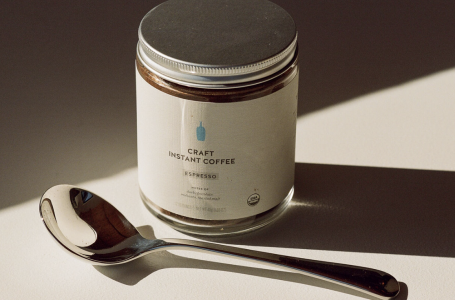