LONG BEACH, Calif. U.S.A. (Sept. 3, 2013) — The Specialty Coffee Association of America (SCAA) today announced that Starbucks will serve as the Official Host Sponsor of the 26th and 27th Annual Exposition, “The Event,” to be held in Seattle April 24-27, 2014 and April 9-12, 2015. Peru has also been named the Official Portrait Country Sponsor for the 2014 SCAA Event.
2014 will mark the third time the exposition has been held in the Emerald City and the second time Starbucks will serve as the Official Host, previously holding the distinction in 2005.
“Since opening our first store in Seattle’s historic Pike Place Market in 1971, coffee has been at the core of everything we do,“ said Craig Russell, senior vice president, Global Coffee for Starbucks. “We look forward to welcoming the SCAA membership to the great city of Seattle, where the coffee culture continues to play a key role in supporting a strong future for specialty coffee.”
Headquartered in Seattle and a long standing member of the association, Starbucks will join the SCAA in welcoming nearly 10,000 guests from over 75 countries to the world’s largest gathering of coffee professionals and enthusiasts.
“We’re proud to once again welcome Starbucks to the SCAA Event as the Official Host Sponsor,” states Ric Rhinehart, Executive Director of the SCAA. “Official Hosts are companies who have a passion for specialty coffee and a dedication to the success of our industry; and Starbucks’ partnership with the annual SCAA Event is a demonstration of their commitment to those values.”
Also announced this week was the SCAA’s partnership with Peru as the 2014 Official Portrait Country Sponsor. The partnership with the Portrait Country is an extension of the SCAA’s commitment to origin and plays a pivotal role in the overall theme of the show; they not only introduce attendees to the coffees of their homeland, they also present a significant cultural component to the show in the form of entertainment, presentations and local gatherings. “Peru is very excited to have been chosen as Portrait Country,” states Anner Roman Neira, President, Junta Nacional del Café. “We want to show the best of our country and how important specialty coffee is for the economy of thousands of small producers. These are times of great challenges for the coffee sector, but we consider these challenges as opportunities. That’s the strength of our country and our farmers. We look forward to meeting you all next year in Seattle.”
For more information on The Event, visit www.scaaevent.org.

About SCAA
The Specialty Coffee Association of America (SCAA) is a non-profit trade organization and the world recognized leader in coffee knowledge development. With over 9,000 members located in more than 40 countries, including member companies and their employees, SCAA members represent every segment of the specialty coffee industry, including producers, roasters, importers/exporters, retailers, manufacturers, baristas and other industry professionals. For over 30 years, the SCAA has been dedicated to creating a vibrant specialty coffee community, recognizing, developing and promoting specialty coffee by setting and maintaining quality standards for the industry; conducting research on coffee consumption, brewing and perfection of craft; and providing education, training, resources and business services for its members. Visit www.scaa.org. 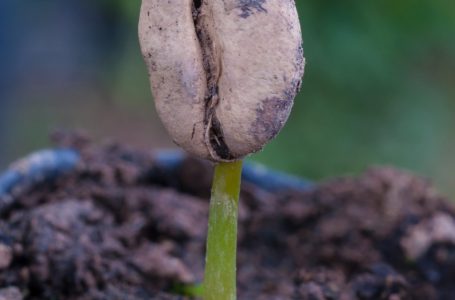