Futurebirds have been relentlessly touring behind 2 critically-acclaimed full-length records, and 2 EP’s since 2010. They have steadily built a rock-solid fan base nationwide on the back of their hard work and energetic live shows. The Baba Java EP includes two unreleased songs, one demo, and one cover, all recorded during (or for) the Baba Yaga sessions.

Futurebirds have made appearances at Bonnaroo (2011 & 2013), Austin City Limits, Hangout, Outside Lands, Forecastle, High Sierra, Mountain Jam, Wakarusa, Riverbend, Middle of the Map, Wanee, and Phases of the Moon.

Athens has a long and storied history with music, and since it’s inception Jittery Joe’s has had a culture steeped in this history. The original Jittery Joe’s cafe was established in 1994 next to the 40 Watt Club in downtown Athens. Originally open 24 hours a day and 7 days a week, Joe’s was a hangout for musicians and students alike. When Jeff Mangum‘s Live at Jittery Joe’s was released, Jittery Joe’s was forever intertwined with music.

Twenty years later, although there are now 13 Jittery Joe’s cafes and a robust wholesale business throughout the southeast U.S., the Company has retained its music roots. There is just as much of a chance now that one of our baristas is heading out after his or her shift to play with his band as there was twenty years ago.

Charlie Mustard, our roastmaster since inception, still creates magic in small batches from some of the best sourced coffees in the world. Only now, our coffee is consumed all over the country, not just in the shop next to the 40 Watt. And it is still roasted in Athens, Georgia. Twenty years of University of Georgia alumni and Athens’ musicians have grown up with our coffee, and we look forward to the next twenty years.

When we decided we wanted to honor this tradition and history, we reached out to Dave Barbe at the UGA Terry School of Music for a brainstorming session. The result was a partnership to honor the past and future of the Athens music scene, and Dave suggested up and coming Athens band the Futurebirds as the inaugural ambassador of our new line of Athens music coffee.

Baba Java Blend pays tribute to Athens musicians, Futurebirds. Energetic Southern rockers that have surmounted the national stage, Futurebirds represent the best of a new generation of music. Along with the UGA Music Business Program, they have partnered with us to be the first in a series that honors local musicians. Baba Java is a medium body blend that has an up front brightness complemented by orange zest and cherry flavors. Keep on keepin’ on, Athens music gods.

Praise for Futurebirds:
Pitchfork Album Review of Baba Yaga: “…stunning second record…Baba Yaga is very much an “on tour” record; the controlled chaos of Futurebirds’ live shows translates on record like never before.”

Huffington Post (San Francisco Show Review): “They played at the Independent, one of my favorite venues, and they shredded the place apart. I can’t ever go back there again. It is in ruins. I’m not mad.”

From Grantland.com: “…But, at least as far as I’m concerned, they [the Alabama Shakes] were upstaged by their preceding act, Futurebirds. This Athens, Georgia-based six-piece plays jammy rock with triumphantly huge crescendo choruses, and, from the looks of their smiles, they have a fucking blast doing it. Also, two of the guys in the band had the genre-appropriate giant beards, one guy looked like he should be in Weezer, and one guy kind of looked like Evan Dando, so that was pretty cool.”

Aquarium Drunkard Album Review of ‘Hampton’s Lullaby’: “Building on the bones of their self-titled 2009 EP, Hampton’s Lullaby invokes an absurdist, cornbread-fed, psychedelic dream state rooted to reality in colloquial storytelling. If you buy into the belief that we are all the summation of our shared influences then it’s no surprise that this band, hailing from Athens, GA, equally incorporates both the psych-tinged sounds of the Elephant 6 collective and the southern gothic, Fables of The Reconstruction era, R.E.M. into their sonic palette. It’s this exact tightrope, this subtle dance, that informs their work and that drives their aesthetic—be it on wax or in a live context.”

“Futurebirds held us for 40 minutes and we stand by them like we stand by no other.” – Sean Moeller, Daytrotter 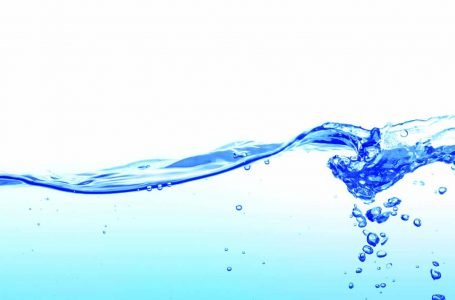