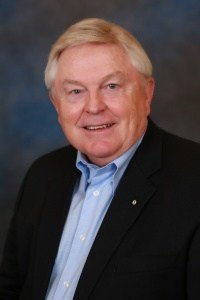 “Throughout his tenure at NAMA, Dean has made a tremendous impact on the coffee service channel,” said Karen Webster, Coffee Service Committee Chair. “From his leadership in developing CTW and launching the Coffee Service Committee, to his warm and friendly style in forging relationships, he has earned the respect and admiration of the industry. We are delighted to honor Dean as the 2016 Coffee Legend.”

Gilland joined NAMA in 2000, and quickly made his mark, developing services to the coffee, tea and water channel from the ground up following NAMA’s merger with the former National Coffee Service Association.

His accomplishments include the creation of the now thriving and distinctive Coffee, Tea & Water Show (CTW) and the development of the Coffee Services Committee. During his time at NAMA, Gilland was recognized with promotions for his exceptional sales and customer service skills and ability to tackle tough assignments.

Before joining the NAMA team, Gilland built his career at Scott Paper, holding sales positions with increased responsibilities, rising to Vice President of Sales, Central Region. Gilland, retired from NAMA in the fall of 2015, continues to work in a consulting capacity. In his free time, he is passionate about outdoor activities and boating, coaches youth baseball and hockey, and is an avid coin and currency collector. Gilland and his wife of 50 years, Nancy, reside in Arlington Heights, Illinois. They have two children and three grandchildren.
About the Coffee Legend
A NAMA Coffee Legend is a pioneer, an innovator, a leader and a visionary in the industry who is passionate about coffee and willing to share their passion to educate and help others succeed. Each year an honoree is selected by NAMA’s Coffee Service Committee.