Starbucks has introduced a range of Starbucks Teavana Frozen Teas, at participating Starbucks stores throughout Asia.

Starbucks Teavana Frozen Teas were developed exclusively for customers in Asia. The teas feature Kyoho grapes, matcha, yuzu, hibiscus tea, and other products that pay homage to the culinary cultures across the continent.

The new products announcement comes after Starbucks announced in August that it will be shutting down its 379 standalone Teavana stores in the US, signalling a shift in the company’s strategy for the premium tea brand.

However, there is growing interest in frozen beverages across Asia, according to Mintel, the global market intelligence agency that tracks food and beverage trends.

“Our research shows that consumers in Asia continue to gravitate towards beverages with textural and visual appeal,” said Davina Patel, global food and drink analyst at Mintel. “Moreover, consumers are increasingly exploring the world of tea through flavour and variety, with preferences shifting towards botanical teas with herbs, fruits and spices.”

Meanwhile, in the US the company is launching a new cold-press coffee using its own, patent-pending cold extraction process.
The cold-pressed espresso shot will serve as the foundation for a new suite of in-store menu options focused on cold espresso beverages and will debut at the company’s premium, Starbucks Reserve Roastery in Seattle.

Since opening in December 2014, the Seattle Roastery has served as a pipeline of innovation for Starbucks including the introduction of Nitro Cold Brew, which is now available in more than 1000 stores nationwide and 16 markets globally.

Designed by Starbucks Research and Development team, the new Aqua Tamp Technology uses an ascending flow filtration system that is pressurised by cold water.  The inverted process allows for a precise release of flavour characteristics resulting in a dense concentration of cold espresso. In doing so, it allows the release of a sweeter coffee flavour and smooth finish to break through making the cold-pressed espresso extracted the ideal pairing to a variety of cold liquids allowing it to retain the intensity of the espresso flavour.

This new breakthrough builds on the company’s ongoing investment in the category of iced beverages.

During its 2016 Investor Conference, Starbucks noted that it expects to quadruple the Cold Brew business by 2021 and its overall cold beverage mix to move from over 35 per cent in 2013 to nearly 50 per cent by 2021.

US iced coffee consumption has grown by 75 per cent in the past decade and cold brew sales grew 338.9 per cent between 2010 and 2015, according to industry experts. 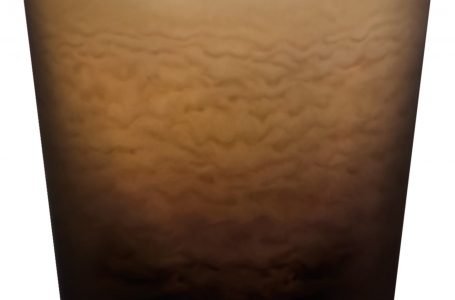