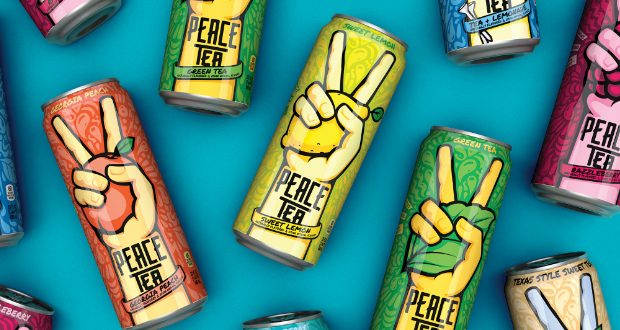 The news of the pack modernisation aptly coincides with International Peace Day 2017 (21 September).

Launched back in 2009 as an artistic high-quality iced tea brand, Peace Tea was facing increasing competition from mainstream RTD large-can tea brands. Our mission was to restore Peace Tea’s relevance to its existing Gen Z audience whilst appealing to an older consumer with a simple Peace Tea strategy: be bold, be contemporary, be flavourful.

“With multiple historic expressions of peace on the existing pack, our radical rebrand started with some research on the symbolism of peace for today’s consumer,” said a Taxi Studio spokesperson. “Choosing to move away from the potentially political ‘ban the bomb’ symbol, the two-fingered token or ‘V sign’ was perfectly Peace. Also dubbed the ‘selfie salute’, proudly displaying this gesture made packaging feel bold, alive and personified Peace Tea’s mantra of ‘Peace, Love and Happiness’. 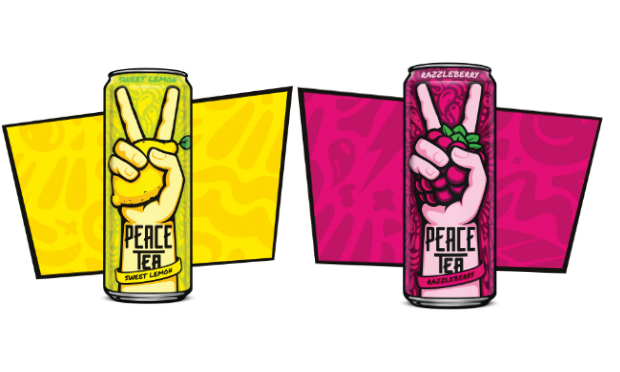 “Having modernised the meaning of peace, next we added depth to our designs with vibrant patterns filled with discoverables to represent peace, love, happiness and flavour. Peace Tea’s powerful new visual identity system translates effortlessly off-pack and onto sub-way handles, shop-entrances, fridges, tote bags and more.

“Bold, brilliant and modernised, Peace Tea is all set to bring ready-to-drink refreshment to the masses in North America and has already seen brilliant uptake on social media with brand champions posing with Peace left, right and centre.”

Stu Tallis, associate creative director, Taxi Studio, expanded on the rebrand saying: “By its very nature, Peace Tea came with a loaded meaning so we really wanted to steer clear of the expected and ordinary. It’s been a total pleasure to work with such a receptive team at the Coca-Cola Company, who were 100% behind this brave new look and I, for one, think that confidence has played a huge role in the success of this rebrand.” 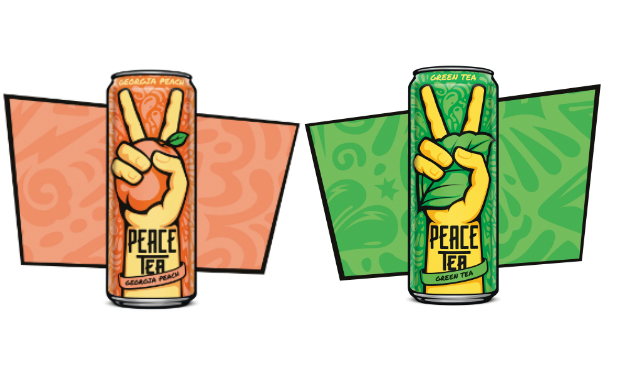 The Coca-Cola Company design team for the Peace Tea brand said: “We originally briefed Taxi Studio to take an evolutionary approach to the Peace Tea brand but, once they understood the task, they spotted the opportunity to do something much braver. As a result – we couldn’t be happier! Peace Tea’s new look is bold, daring and so much more relevant for today’s consumer – it’s our favourite rebrand of the year!”