Changing the world one tea leaf at a time: Teatulia CEO talks transparency 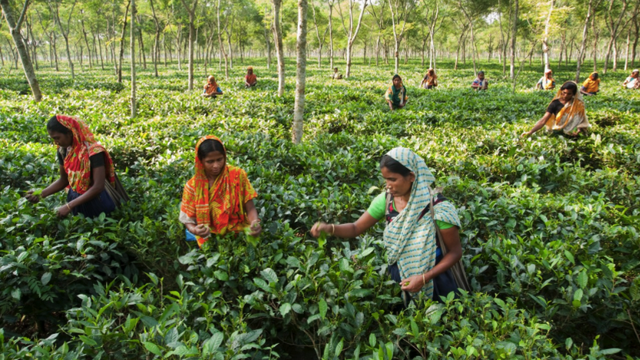 The Bangladesh tea garden not only employs more than 600 workers, it supports more than 1,700 community members through its co-op.

Most people only talk about changing the world, but Linda Appel Lipsius is actually doing it. The co-founder and CEO of Teatulia Organic Teas and her friend, Kazi Anis Ahmed, set out 11 years ago to introduce the world to the tea grown in Ahmed’s family tea garden. Found in the Tetulia region of northern Bangladesh, the garden was then considered to be in a “new tea region” and in one of the poorest parts of the world. Thanks to Lipsius and Ahmed, however, it now employs hundreds of people, who previously couldn’t care for themselves or their families.

“Our business is selling tea, but our passion is changing the world,” said Lipsius, who will discuss her journey at this year’s Fast Casual Executive Summit, Oct. 22-24 in Nashville. “We are different in every way in the tea industry; we own our own tea garden so the teas are directly sourced, fresh and pure. We are doing it right at origin — producing clean, responsibly grown tea, plucked by women earning a living wage.”

Teatulia’s tea garden now spans 3,000 acres, making it one of the largest in the world. Its products are sold in restaurant chains, retailers and colleges throughout the country, and that success has helped to regenerate the ecosystem and rejuvenate the local economy. The Bangladesh tea garden not only employs more than 600 workers, it supports nearly 2,000 community members through its co-op. More than 3,000 cows have been distributed to thousands of Bengali women, and the co-op has distributed more than $500,000 in cattle loans.

“As we built our business, we set out to do it in a way that would make a difference for the land and its people,” said Lipsius, who previously served as the VP of Orange Glo International — parent company of OxiClean and Kaboom. “Co-op members working in the garden and surrounding communities now benefit from innovative education, health and cattle-lending programs that lift families out of poverty,” Lipsius said.

Lipsius stays true to transparency by not only inviting people to visit the garden and experience it for themselves but by working with third-party verifying bodies, including the USDA, Rainforest Alliance and Fair Trade, for example.

“We are doing it better at every step and because we own our garden, I can look you in the eye and stand behind everything I claim,” said Lipsius, who also uses a free online tool to assess her social and environmental performance. The B Impact Assessment, designed by the non-profit —  B Lab —  designed the assessment to help for-profit businesses meet rigorous standards of social and environmental performance, accountability and transparency, according to the company website.

The test is free, but brands must invest time and dollars before earning the status of Certified B Corp.

“We utilize the B Corp Assessment to publish information regarding our sourcing practices,” Lipsius said in an interview with FastCasual. “I’d recommend B Corp to any business aiming to enhance transparency and do it better.

“More than 2,100 Certified B Corps from 50 countries and more than 130 industries working together toward one unifying goal: to redefine success in business,” according to the company.

To hear more from Lipsius — who was recently named to Fortune Food & Wine Magazine’s list of “Most Innovative Women in Food and Drink  —  register here for the Fast Casual Executive Summit, Oct. 22-24 in Nashville. She will speak on the How Safe and Transparent is Your Food-sourcing Process? Other speakers on the panel include: