K&F Coffee Roasters’ organic, Fair Trade Café Jondo took home the gold, winning Best Signature Blend in the 2013 Best Coffee in Oregon Championships. Thirty Oregon coffee roasters made it through to the final portion of the competition which was held at the Oregon State Fair in August.

Portland, Oregon (PRWEB) November 21, 2013 – On August 24th, 2013, K&F Coffee Roasters of Portland Oregon (“K&F” or “Company”) won Best Signature Blend in Oregon in the 2013 Best Coffee in Oregon Competition, taking top honors for Signature Blend among 30 participating Oregon roasters. K&F owner/founder Don Dominguez was presented with the Gold Cup for his Company’s organic, Fair Trade Café Jondo, a rich full-bodied blend of African and South American coffees.
Years ago as the coffee industry was going green, K&F expanded its line of organic coffees. Each new organic blend needed a name. The first name Dominguez came up with was Café Jondo, which in Spanish means “deep, profound.” Though he didn’t yet have the coffee to go with the name, he intended it to be a signature blend, among the best-of-the-best. Winning the gold cup confirmed for Dominguez that he had fulfilled his intentions for Café Jondo.
The 2013 Best Coffee in Oregon Competition began in the preliminary round in June and culminated in the finals at the Oregon State Fair. Each participant’s coffees were double-blind tested by a panel of uniquely qualified judges tasting over 90 coffees.
K&F Coffee Roasters was founded in 1983 by Don Dominguez and his father Bud. Since then Don has made it his personal mission as well as that of his Company “to inspire you through coffee.” K&F roasts and distributes conventional and organic, Bird-Friendly, and Fair Trade arabica coffees. The Company also distributes its own TazArriba® Mexican Spiced Cocoa, Torani syrups, teas and smoothie mixes and provides brewers through its equipment loan program. K&F is a wholesale distributor to espresso bars, drive-throughs, restaurants, hotels, and specialty grocers. The Company also provides training and consultation covering all aspects of running a coffee oriented business, and has a well established private label business with the ability to package in the full range from fractional packs to five pound bulk.
K&F owns and operates one retail store, Clinton Street Coffeehouse, on Portland’s East Side. The coffeehouse has been in continuous operation for 20 years, since 1993.
K&F founder Don Dominguez has continued to build his expertise in the specialty coffee industry through trade affiliations such as the Pacific Coast Coffee Association (PCCA) where he recently served on the board, the Oregon Restaurant and Lodging Association (ORLA) and the Specialty Coffee Association of America (SCAA). In 2010 he became a Certified Coffee Q-Grader. 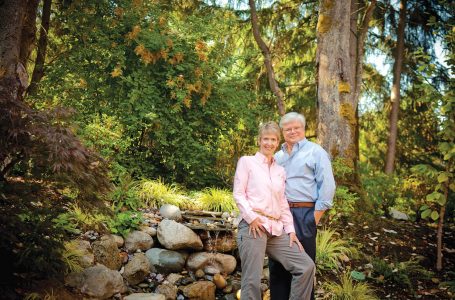