Portland, Oregon USA (November 1st, 2017) In a historical year for Peru and its first ever Cup of Excellence, the 2017 Auction packed a punch! The top lot went for $100.10/$100.09 and was sold to Times Club (Japan) and Maruyama, Campos (Australia), TOA (Japan)and Sarutahiko (Japan), respectively. The overall price per pound broke the all-time Cup of Excellence record at $21.13 for the 19 lots auctioned. Juan Heredia, from Jaen, Cajamarca (with a score of 92.25) and owner of the organic certified #1 lot, Finca La Flor, said, “It has been a great achievement and I hope that all the people who grow coffee will work hard to participate in this great international auction that really values our work as producers.” It is worth mentioning that this is also the first ever competition with the top two lots being certified organic. Perú is considered one of the leaders in organic cultivation of coffee globally. 9 lots were either organic, Fair Trade organic or Rainforest Alliance organic.

It is also worth mentioning that, in addition, to the following winning bidders from Australia, Japan, Taiwan, Italy, New Zealand, Colombia, United Kingdom and Perú, Cup of Excellence’s co-founder, George Howell (United States), won #2 El Cerro, from San Ignacio, Cajamarca. El Cerro was a shared purchase from MadCap, Intelligentsia, Single O and Terarosa. Efrain Carhuallocllo, the owner of El Cerro’s lot scored 90.6. Susie Spindler, co-founder and senior advisor to the Alliance for Coffee Excellence mused, “For over 15 years, it has been my dream that eventually Cup of Excellence could come to Perú and begin the process of discovering the qualities and the farmers that have long been hidden.” In the past, Perú has long been perceived more for its ability to produce volume and/or certified coffees, but this year’s event with 5 Presidential winners (coffee scoring 90 and above) have shown the coffee world its ability to produce some of the highest scoring coffee in the world. Head Judge for this year’s Perú competition, Rony Gamez was right when he proclaimed, “We have found the gems and now we know what Perú has to offer.”

Cup of Excellence has just finished its Brazil competition and next week its Colombia auction is set for November 7th. Brazil Pulped Natural and Natural auctions are set for late November and early December, which will conclude the 2017 season for Cup of Excellence.

Alliance for Coffee Excellence is a non-profit global membership organization dedicated to advancing excellence in coffee. Cup of Excellence, a program which gives out the most prestigious award in coffee, has affected thousands of farmers. Its unmatched focus on quality discovery, farmer premiums and transparency has changed the specialty coffee industry. For more information about membership, juries and to register for the Cup of Excellence or national winning samples and their auctions log on to: www.allianceforcoffeeexcellence.org. 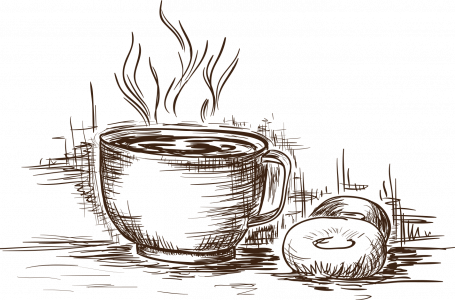 How To Quit Your Job And Become A Coffee Roaster