Looking back on 2012, there were many events that dominated the news cycles. Besides the presidential election, Hurricane Sandy and the state of the economy, one of the most closely watched stories by media of all stripes was Facebook’s IPO in May.

There were many reasons, but it had such great appeal because of how much Facebook has become a part of the daily lives of a seventh of the world population. More than half of Facebook’s 1.01 billion users access their news feeds daily, and according to the company in its most recent earnings report, the number of users accessing their feeds from mobile devices increased 61% from September 2011 to September 2012.  Another reason for the media interest is how addicting Facebook is to so many users: According to Edison Research, 23% of Facebook’s users check their account five or more times daily and the mean number of daily log-ins by Facebook users is four.

The Facebook IPO, and subsequent chronicling of the path of its stock price highlighted an even larger business story this year—the maturity of the social media market overall. While the jury is out on Facebook, the IPO’s of other companies like Groupon have said a great deal about the challenge these companies face proving out their business models.

Social Media: The World’s Digital Mall
People don’t just use social media to post pictures of their kids or what they are having for lunch. In fact, more and more consumers rely on social media to influence their purchasing decisions. According to the same Edison Research survey referenced above, last year 32% of Americans using social networks said that those networks had an influence on their buying decisions. This year, 65% said that social networks influenced their decisions.  Also, 47% say Facebook has the greatest impact on purchase behavior (up from 24% in 2011).

The Coffee Industry has always had a social and community component; long before online shopping, social media or mobile apps, coffee shops were gathering places to interact with others.  The challenge for us today is to extend our local coffee community through social media and mobile tools that allow us to drive business and increase consumer participation with our brands.  This explains the significant investment made by Starbucks and Dunkin’ Donuts in particular on social media marketing campaigns and mobile apps. What these giants have shown is how to very effectively build a massive social media following and tie it together with loyalty programs across platforms to drive business.

The linchpin for both these pioneers has been mobile. Starbucks’ mobile application has powered more than 29 million transactions to date. The application effectively ties together loyalty and offers a mobile wallet and payment mechanism that gives it even more visibility into the habits and preferences of its customers. This in turn allows it to market in a more personal way—including through social media—and connect emotionally with its customers through “feel good” posts that generate an average of 15,000 Facebook Likes. It also allows social media to be integrated into every one of its campaigns.

Take, for example, Starbucks’s December “12 Days of Gifting” campaign. The mobile app was one promotional channel that allowed customers to opt-in via text. Customers were then pointed to its campaign Web page and invited to connect to its Holiday Facebook app. On the same page, customers could access each of the “12 Days” offers.

As this example shows, Starbucks pioneered the ability to gain tremendous visibility into the purchasers of its loyalty and gift cards by bringing them to its mobile app, through which it can receive offers and make purchases (with a strong social media component).

Aside from major brands, most merchants have no visibility into who purchased the gift or loyalty card or who the ultimate recipient is. This lack of visibility represents significant loss of opportunity for brands to distribute targeted promotions, incentives, discounts and special offers to their best customers. As these new mobile platforms emerge, smaller brands that take advantage of them will be able to make direct contact with the card buyer and the card recipient. This one to one relationship increases brand awareness, amplifies consumer mindshare and engages customers in real-time.

These new mobile platforms will include a consumer mobile app that integrates shopping, gifting and loyalty solutions with users’ real-time location, preference and friend data. This empowers merchants to provide relevant and timely information to customers to help them get better offers and localize the experience. Merchants benefit from a direct-to-consumer marketing channel informed by rich data across retailers, gift lists created by the app user and their Facebook friends, past responses to offers and geo-location information. Today, white label platforms that include a registration process are emerging, so that gift card buyers and recipients—as well as loyalty card holders—are no longer anonymous, enabling brands to identify and engage more of their customers.

Conclusion
Nearly all roasters and merchants understand the value of establishing programs to breed customer engagement and loyalty while increasing revenues. They also understand that social media channels have moved from “nice to have” to “must have.” The challenge now is finding the tools that integrate the two together in a way that includes mobile marketing as a very strong component.

Only through a white-label and integrated, functional platform can coffee retailers of any size effectively develop a mobile engagement strategy that generates revenue without having to build it all from the ground up. This will help merchants and roasters realize the potential of highly targeted, personalized, local and actionable promotional campaigns and messaging to the individual consumer.

While the big guys got off to a great start in 2012, once the thousands of coffee shop communities around the country unleash the digital tools now available, the smaller guys will be the ones to come up with the big ideas for 2013 and ‘14. What we’ll see in 2013 is the emergence of white-labeled platforms for all other merchants and roasters that want the same capabilities of the big retailers but lack budget, time and know-how. 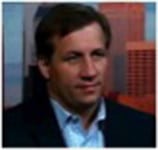 Coffee Lovers Should Pray For Rain In...

Celebrate National Coffee Day with Dutch Bros for a chance