Vancouver, B.C. and Newark, NJ (December 13, 2014) — The first AND only coffee product on the market that actually facilitates sleep has made its way over the Canadian border to grace America, addressing a market segment of millions of sleep deprived coffee lovers. Last year, Vancouver, B.C.-based Counting Sheep Coffee successfully launched onto the coffee scene, thanks to the initial push it received after two of its founders appeared on Dragon’s Den, the Canadian TV version of the popular American show Shark Tank. Counting Sheep Coffee immediately turned the buzz about coffee to all about the “Zzzz’s.”

The brand has turned that delicious cup of coffee into a bona fide nightcap and is building on its established online and retail presence with Amazon.com and Bed Bath & Beyond. In their continued expansion, Counting Sheep Coffee will ring in the New Year by stocking shelves at The Fresh Market’s 165 innovative grocery stores in 27 states across the US. A darling of the hard-to-impress Natural Foods Expo, Counting Sheep Coffee is also currently being sold at select stores and online through gourmet food emporium Balducci’s in New York, all Bed Bath & Beyond stores in Canada, and Kings Food Markets in New Jersey.

What’s spurring the growth? Well-defined product differentiation: Counting Sheep Coffee is the perfect soporific antidote to the negative effects some consumers feel with coffee: jitters, anxiety, rapid heart rate, and irritability. The average run-of-the-mill coffee does not help fight the chronic sleepless epidemic so many Americans are enduring — according to the CDC, an estimated 50 to 70 million Americans report sleep disorders.

Company CEO Deland Jessop explains that Counting Sheep Coffee’s key ingredient is organic Valerian root, an herbal sedative blended with Swiss Water® decaffeinated coffee: “It’s the first and only coffee on the market that’s designed and engineered to relax you so you can drink it before sleep. This is great news for the 1 in 4 Americans who complain of sleep issues. Our product is even a perfect substitute for that evening glass of wine, and what could be better than ending a wonderful dinner with a cup of coffee without worry?”

“Until Counting Sheep, there was nothing on the market for coffee lovers to drink before bed – and, furthermore, a product to actually enhance their sleep. We believe it fills a real void in the market,” adds Adam Cooper, Sheep Product Officer and co-founding partner at Counting Sheep Coffee.

The creation of bedtime coffee was not just happenstance. In fact, the coffee can literally be labelled as home grown: Jessop’s wife loved coffee but feared the restlessness from drinking it later in the day because she is sensitive to caffeine, even in decaffeinated coffees, as many people are. Jessop experimented with the idea of combining a water process, decaf or Arabica beans and infusing the grind with an herb that promotes sleep and relaxation.

Turning their house into a lab, Jessop experimented over six months mixing coffee with herbs known for their sleep-inducing qualities before hitting the perfect combination with Valerian root. This coffee concoction led Jessop and coffee roaster Joseph Fernandes, who by chance met at a New York coffee show in 2013, to the other founding business partners, Adam Cooper and Kalpesh Rathod.

Counting Sheep Coffee is available in single-serve pods and as ground coffee in a bag, in both the original flavors: the lighter 40 Winks (formerly Bedtime Blend) and the stronger Lights Out! Version with more Valerian root added, plus a bigger, bolder taste. More flavors are in development. Counting Sheep Coffee sells at suggested retail prices ranging from $11.99 to $14.99 in the US; its single-serve pods fit most Keurig and other popular single-serve brewers. The coffee is produced at their production facility in Newark, New Jersey.

Valerian – The Root of the Story

Valerian, a perennial flowering plant whose use as a natural treatment for sleeping disorders, restlessness and anxiety, dates back to ancient Rome and Greece. Research has found that Valerian may improve sleep quality without producing side effects. It is available in natural food stores worldwide and its therapeutic use in North America has grown significantly over the last decade. Valerian root, that magic ingredient for Counting Sheep Coffee, is a safe and popular herb that although bitter on its own, is undetectable to the taste when blended with Counting Sheep’s quality 99.9 percent decaffeinated coffee.

Counting Sheep Coffee was founded in Vancouver, B.C. in 2013 by entrepreneurs Adam Cooper – Sheep Product Officer, Deland Jessop – Sheep Executive Officer, Joseph Fernandes – Sheep Operations Officer, and Kalpesh Rathod – Sheep Technology Officer. Counting Sheep Coffee’s proprietary blend of Swiss Water® processed decaf eliminates 99.9 percent of the caffeine and organically certified Valerian root. Underscoring their management’s passions for coffee, the Company sources beans that are rich in flavor to produce a distinctive gourmet coffee with the added benefit of facilitating sleep. In a world that doesn’t get enough sleep, the Company has found a perfect way to end the day in precisely the same way most people start it — with a hot “cup o’ joe.” 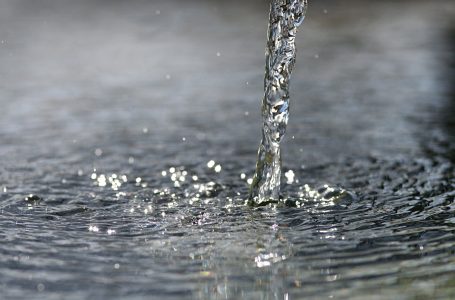