This weekend, Ridley Scott’s Exodus: God And Kings, surged to the top of the box office, grossing $24.5 million, according to Entertainment Weekly. While the movie was subject to much controversy, it had an unpredictable impact on one small Florida business.

The Chosen Bean, an artisan coffee roasting company located in Coral Springs, Florida saw sales of the “Moses Roast” surge over the weekend. Web traffic on TheChosenBean.com increased by over 200%, with the Moses Roast being the top viewed product.

“Bought your coffee after googling the new movie exodus and thought your coffee was really cool” wrote customer Steve Osman in an email. As Moshe Ruza, owner of The Chosen Bean stepped away from roasting coffee he quipped: “Orders have been coming through nonstop since the release of this movie, in the last few weeks, we have only seen a few orders per day, this is a game changer”.

Moshe Ruza developed “Moses Roast” 5 years ago in his house, using a small home coffee roaster. The Moses Roast depicts Moses walking through the high waters of the Red Sea while carrying 2 bags of coffee toward a crowd of cheering coffee lovers. The coffee blend combines beans from four corners of the world and is micro roasted to a dark roast.

The Chosen Bean sources their beans from small farms in regions across the globe, such as Costa Rica, Kenya & Sumatra. 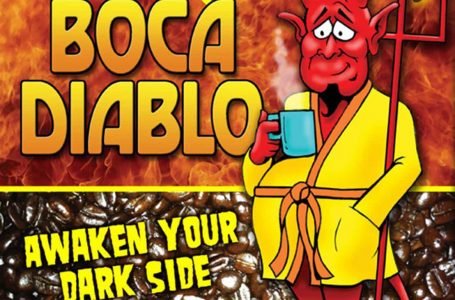