Coffee Review, a popular online publication known to millions of coffee lovers as the “Wine Spectator of the coffee industry,” has just revealed its third annual ranking of the year’s top coffees and espressos.

For the second year in a row, a coffee from Panama was named the top coffee of the year. This year’s No. 1 coffee is Finca La Mula Geisha, roasted by JBC Coffee Roasters in Madison, Wisconsin, from coffee beans grown on Willem Boot’s La Mula farm in western Panama.

“Geisha” or “Gesha” is a rare Ethiopia-derived botanical variety of coffee that boasts elongated beans and a distinctive floral and chocolate cup. Coffee Review described the coffee, which earned 97 points (out of a possible 100) as “Immense, sweet, juicy, intricate. Lilac and jasmine, peach, apricot, rosehip, much more in aroma and cup.” The coffee beans, which were priced at $120 per pound, sold out long ago.

According to Kenneth Davids, Coffee Review’s editor and lead taster, “We selected the top thirty coffees based on quality (represented by overall score), value (reflected by most affordable price per pound), and a ranking of other factors that include distinctiveness and uniqueness of style, certifications such as fair trade or organic, and general rarity.”

Coffees appearing on the list were grown in 11 different countries. The most frequently appearing origins are Panama and Ethiopia, with six coffees each. Other origins with multiple coffees on the list are Kenya (4), Colombia (2), Nicaragua (2), Costa Rica (2), and Sumatra (2).

Given that Coffee Review’s tasting facilities are based in the United States, it’s not surprising that 27 of the 30 coffees on the list were roasted by companies in the United States. California roasters dominated the rankings this year with 9 representatives overall. However, coffees roasted by companies in Canada, Taiwan, and China also appeared on the list at No. 29, No. 8, and No. 2, respectively.

The full list of the Top 30 Coffees of 2015 is available at CoffeeReview.com. 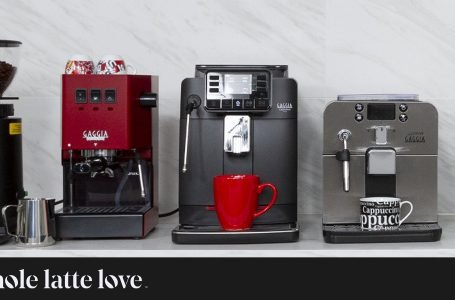